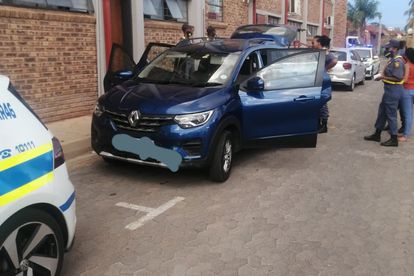 Five alleged robbers were recently arrested at an eatery in Upington over the weekend.

WHAT HAPPENED WHEN POLICE ARRIVED AT THE EATERY?

According to police, the five, three women, and two men allegedly robbed a local liquor store of cash on Saturday, 29 January 2022.

“ZF Mgcawu Highway Patrol Unit received a complaint at 17:00 of two women and a male who allegedly robbed the liquor store of an undisclosed amount of cash and fled the scene in a blue Renault sedan,” police said.

THE FIVE WERE ARRESTED AT THE EATERY

The members spotted the vehicle in Keidebees where they approached the five at a local restaurant. The group was apprehended and the vehicle searched.

“One of the alleged robbers informed a member of where they were staying, which led them to a guesthouse in Upington.

“Upon searching the rooms, the Highway Patrol members found the cash that was believed to have been robbed as well as five cellphones.”

The Renault sedan was also confiscated as it was used in the commission of a crime.

WHAT CHARGES DO THEY FACE?

The five, aged between 30 and 45, were charged for robbery and will soon appear in the Upington Magistrates’ court.