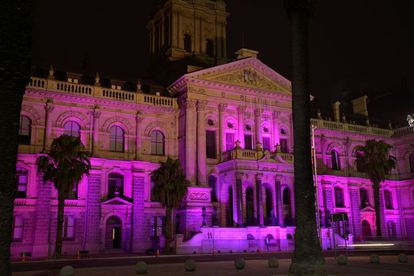 The City of Cape Town has distanced itself from claims that it splurged millions to light up Table Mountain and City Hall in honour of Archbishop Desmond Tutu.

One citizen took to social media to claim that the City was spending R2.3 million on a daily basis on the tribute. Furthermore, this person claimed that the total bill for the week would come to an exorbitant R42 million.

These claims raised more than a few eyebrows, but the City of Cape Town has since refuted them as false.

“The cost for the week for the lighting of City Hall and the mountain is R80 000. All budget spending is fully audited, and as with all City spending, will be made available to the public.”

In the wake of the news that Desmond Tutu has passed away Mayor Geordin Hill-Lewis announced that the colour worn by the Archbishop would be used to light up both venues.

Interestingly, the provincial legislature opted to follow suit, turning its offices the same vivid colour in a touching nod to Tutu’s legacy.

Purple effect result of a favour to the City

Speaker Masizole Mnqasela passed his condolences to the family members of the iconic religious leader, saying that the move had been intended to honour his legacy.

Furthermore, legislature spokesperson James Retief revealed that the purple effect was largely thanks to a gel the City had loaned.

“The purple lights on the building will be on from 8pm to 5am every day until Saturday morning. The lights are existing flood floodlights that have been fitted with purple gels that are on loan. The only cost associated with this exercise is the nominal cost of the electricity.”

In conclusion, it appears that the city is sticking to its story that the expenses incurred by the tribute have been minimal, not millions.