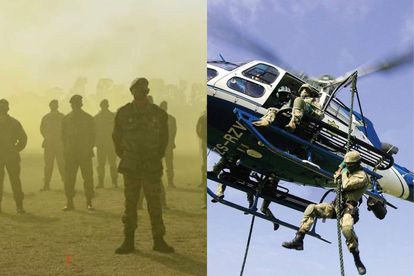 SAPS STF members are heading to Dubai for the SWAT Challenge. Photo: SAPS.

SAPS STF members are heading to Dubai for the SWAT Challenge. Photo: SAPS.

Soon-to-be ex-police commissioner General Khehla Sitole wished the “elite team” well as they are expected to leave the country on Friday, 4 March.

The Swat Challenge, which is taking place from 13 to 17 March, is designed to create cooperation between the world’s Special Weapons and Tactics (SWAT) teams, said police spokesperson Colonel Athlenda Mathe.

“Members of the Special Task Force (STF) will form part of the more than forty teams from twenty-five countries that will compete within five Challenge categories that will test each team’s global tactical and weaponry ability and proficiency,” said Mathe.

The SAPS Special Task Force is a highly specialised police unit. Its members respond to high-risk incidents, which include hostage incidents, search and rescue missions and supporting other SAPS units.

STF members were involved in the recent Rosettenville shooting in which a gang of alleged cash-in-transit robbers were busted. The STF also rescued cabinet ministers from a hostile situation with liberation struggle military veterans in 2021.

“We wish the team all the best. We are confident that the team is well prepared to take on the challenges presented at the UAE SWAT Challenge. The members have put in the hard work and long hours in preparation for this competition.

“With their expertise, we are confident that the team will give their best but most importantly benchmark from other countries with a view of bringing ideas back home to share with other members within the specialized units,” said General Sitole.