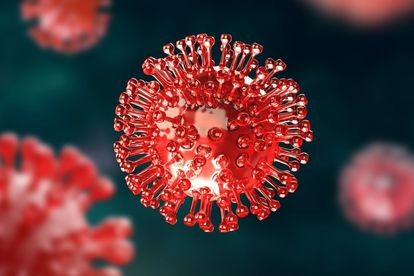 The Minister of Health Dr Joe Phaahla called an emergency media briefing on Thursday afternoon, 25 November, to update the country on the emergence of the B.1.1.529 COVID-19 variant.

Phaahla was joined by representatives of the National Institute of Communicable Diseases (NICD), the National Health Laboratory Service (NHLS) and the Network for Genomic Surveillance in South Africa (NGS-SA).

Professor Tulio de Oliveira, the director of the Centre for Epidemic Response and Innovation (CERI), and Dr Richard Lessells led the presentation that detailed what the authorities know about the B.1.1.529 thus far.

“Unfortunately, we have detected a new variant, which is a reason for concern in South Africa,” said de Oliveira.

The new variant detected in the country has a high number of mutations, which are concerning to the authorities because while they recognise some of the mutations – as they are present in other variants – the full significance of B.1.1.529 is not yet known.

However, it is predicted to have significant immune evasion and enhanced transmissibility.

De Oliveira said South Africa has requested an urgent meeting with the World Health Organization (WHO) – possibly on Friday – so that the new variant can be assigned a Greek name (Delta, Beta, etc).

“It is very important to understand that even though we detected it here, very quickly, it doesn’t mean that this variant is from South Africa and we shouldn’t use any country’s name to avoid discrimination.”

“The good news, if there is any, is that this variant can be detected by one PCR assay,” said de Oliveira.

“What it means is that it can be detected very quickly, before whole-genome sequencing is complete, which normally takes days.”

The speed of detection will help the health authorities to track and understand the spread. The early signs from laboratories show that the variant has rapidly spread in Gauteng and may already be present in most provinces.

The professor said they can make some predictions about the impact of the mutations in the variant but vaccination against COVID-19 remains the most critical tool to protect the population against severe disease.

“This variant did surprise us. It has many more variations than we expected after a severe third wave.

“We do expect to start seeing pressure on the healthcare system in the next few days and weeks,” said de Oliveira.

De Oliveira explained that the B.1.1.529 variant was first discovered on Tuesday 23 November at around 14:00. The samples it was detected were collected between 14 to 16 November, which coincides with the start of the rise in infections in Johannesburg.

An hour later, the NGS-SA, health department and DSI called an urgent meeting to discuss the results. On Wednesday, more tests and analysis confirmed that the variant was concerning and the first reports of similar cases being reported in Botswana and China trickled in.

On Thursday morning, the health and science ministers were briefed, and later the information was made public.