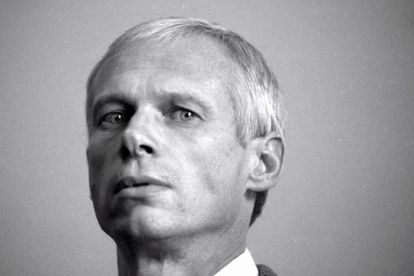 We’ve got all the latest news stories and headlines in South Africa you really need to know on Wednesday, 30 November.

Chris Hani’s killer, Janusz Walus, was stabbed by another inmate, the Department of Correctional Services said on Tuesday.

Meanwhile, ITHUBA, the Operator of the National Lottery, has made a final call to the Cape Town winner who is yet to claim R7 547 468 from PowerBall Plus draw number 1255, which took place on 3 December 2021.

The sitting Minister of Cooperative Governance and Traditional Affairs (COGTA), Nkosazana Dlamini-Zuma (NDZ), 73, will continue with her second ANC presidential campaign in 2022.

Here are five times when a pitbull was caught on camera saving or defending its home and family of loved ones. Watch the videos here.

Janusz Walus was allegedly stabbed by another prisoner, the Department of Correctional Services (DCS) confirmed on Tuesday, 29 November.

According to the department, Walus was attacked by an inmate from the same housing unit.

“A detailed incident report is to be provided at a later stage but what can be stated at this point is that inmate Walus is stable and DCS healthcare officials are providing the necessary care,” read a statement.

The ANC has organised a protest action in Tshwane against high-profile assassin Janusz Walus who is set to walk free after the 1993 murder of Chris Hani.

Walus, who has been serving a sentence in Kgosi Mampuru Correction Service or C-Max as previously known, shook the country after the Constitutional Court ordered his release on parole last week.

However, the decision was widely rejected and criticised by civil organisations including the ruling party, ANC.

ITHUBA, the Operator of the National Lottery, has made a final call to the Cape Town winner who is yet to claim R7 547 468 from PowerBall Plus draw number 1255, which took place on 3 December 2021.

The ticket was bought at Ravensmead Supermarket in Cape Town, and the player has less than four days to claim his or her winnings.

Players have 365 days to claim their winnings from the draw date and if the jackpot prize remains unclaimed, it will expire on 3 December 2022.

The Eastern Cape police are on the hunt for a mysterious woman who allegedly kidnapped a four-day-old baby boy on Sunday, 27 November.

Noncedo Jali, the boy’s mother, gave birth at Dora Nginza Hospital on 22 November and was released by Sunday.

Captain Andre Beetge said on the day of the 33-year-old mother’s release, an unknown woman came to assist her. She pretended to be sent by the family.

While pit bulls have been classified as a ‘dangerous breed’, there is no denying their instinct to protect their owners from danger.

Here are five videos or stories where a pitbull saved or defended its home, family and loved ones.

Earlier this year, a little puppy was sniffing around by his family’s pool when he slipped and fell into the water.