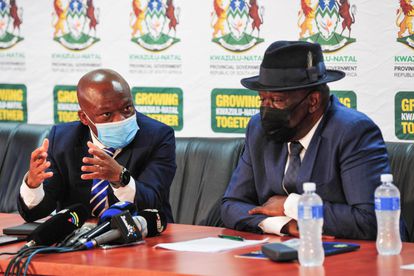 Stay informed with the latest news stories and headlines in South Africa on Wednesday 4 August 2021.

After nearly a month, details of the horrific crimes that took place in Phoenix, north of Durban, during the recent KZN riots, are slowly coming to light. Police Minister Bheki Cele gave us a glimpse into some of the tragic details, saying up to 36 people were murdered by being beaten, burned, stabbed or shot when residents took the law into their own hands.

Cele said the crimes committed are some of the worst he has ever seen. Strong words from a man who has no doubt seen a lot in his time.

While nearly 350 people lost their lives during the unrest in KwaZulu-Natal and Gauteng in July, the chaos that unfolded in Phoenix was particularly gruesome. Police Minister Bheki Cele, who held a media briefing on Tuesday 3 August, revealed explicit details of the horror and trauma that played out just a few weeks ago.

A total of 36 people lost their lives in Phoenix. 30 people, who were killed, were shot, two were burnt to death, one was stabbed and another was run over by a vehicle. In total, police are investigating 52 cases of attempted murder and probing nine cases of common assault and 16 cases of Assault GBH but even that description is just the tip of the iceberg as to what actually played out in Phoenix.

Jacob Zuma, who had launched a successful plea to push his corruption trial back three weeks, is now looking to worm his way out of yet another court appearance. A special hearing to determine if the ex-head of state can be acquitted from the long-running grift case takes place on Tuesday 10 August – but the logistics have upset the Zuma camp.

According to uBaba’s legal team, the high-profile jailbird is refusing to attend the session virtually, claiming that his rights are being trampled on. Karyn Maughan, one of SA’s most senior legal reporters, shared his complaints with eNCA:

“Zuma and his lawyers argue that forcing him to appear virtually is a violation of his Constitutional rights. They argue that there could be an issue with him having an interpreter while in prison, claiming its also unfair that his supporters cannot watch the trial on TV, with it not being broadcast. Msholozi is also downplaying the COVID-19 threat.”

Minister of Cooperative Governance and Traditional Affairs Nkosazana Dlamini-Zuma has taken legal advice indicating that by law she must proclaim a date for local government elections, pending a court application by the Independent Electoral Commission (IEC) to postpone voting due to the Covid-19 pandemic.

This comes after the IEC appointed retired Deputy Chief Justice Moseneke to consider whether the country could undertake free and fair elections on 27 October 2021. The inquiry received over 4 000 submissions from political parties, health experts and the general public, concluding its work and handing the report to the IEC on 20th July.

Have you been visited by a Stats SA field worker? It could be a scam!

If you have recently been approached by a fieldworker from Stats SA in Giyani, Limpopo, in particular, it could be a scam. Stats SA released a statement on Tuesday cautioning members of the public about imposters going door-to-door, claiming to be profiling households.

Scammers are targeting communities in Giyani. The organisation said these imposters are pretending to be field workers and are going door-to-door, claiming to be profiling houses.

“They request members of the public to provide their banking details and also to confirm if they have mobile banking apps. It is alleged that some members of the community have been robbed of money by these scammers,” Stats SA said.

“Stats SA does not ask respondents to provide their banking details, nor confirm if they are using mobile banking apps. Members of the public are urged to be vigilant and not fall victim to the scam,” it added.

South Africa vs 12 nearby countries: How much do they pay for petrol?

Ever looked over your neighbour’s fence to see if the grass really is greener on their side? Well, the soaring costs of petrol in South Africa have driven us to envy. We’re looking at what other countries pay for fuel, and it’s maddening.

Take Angola, for example: You can get petrol for as little as R3.70 per litre there! That’s almost five times cheaper than what South Africa is offering in August, as p/l costs soar to R18.30 for inland regions. The piss hasn’t just been taken, but rather siphoned from the already-bare tanks of our collective optimisim.

Angola, however, is something of an outlier. Zambia is the next cheapest location on our 12-nation comparison, clocking a meagre R13.06 per litre of petrol. You also have to enjoy a wry laugh at Lesotho: The country that is literally engulfed by SA is charging almost 25% less for fuel than we are – a trend seen with most of our neighbours.

The on-duty staff at a Simply Asia restaurant in Cape Town was in for a pleasant surprise on Friday night, 30 July, when a family that visits the eatery regularly left them a very generous tip. The customers’ gratuity was reportedly thought to be a mistake at first but that was not the case.

Simply Asia, a popular Thai restaurant with more than 50 stores across South Africa, took to social media on Monday, 2 August, to thank the patrons – who wished to remain anonymous – for their generous tip.

“Our Durbanville store was in for a big surprise and treat when one of our loyal customer’s left a R500 tip for each staff member on duty,” said the restaurant in a post that was shared to their Facebook and Twitter pages. It was accompanied by a photograph of the till slip.

Appreciation post: Our Durbanville store was in for a big surprise and treat when one of our loyal customer’s left a R500 tip for each staff member on duty. A total of R6000. We are grateful for the generous contribution made to the store and staff during these difficult times. pic.twitter.com/3LpCxf4Rw6— Simply Asia (@SimplyAsia_SA) August 2, 2021