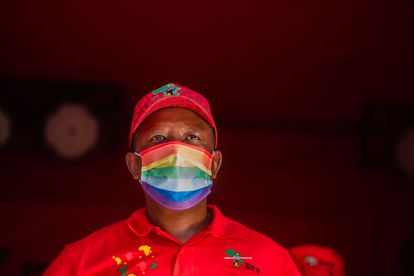 Stay informed with the latest news stories and headlines in South Africa on Wednesday 25 August 2021.

Who picks a fight with an army? Julius Malema, that’s who. It’s not as dramatic as it sounds, although Juju is no stranger to the stage. It’s also more a war of words, and no one is actually breaking a sweat here. In his ongoing twar with the SANDF, Malema has hit back saying he’s not scared, and taunted the army.

We’re not sure where this tiff is heading but we’re grabbing our popcorn just in case.

In what has become one of the more bizarre fallouts of Julius Malema’s contentious political career, the EFF leader is now openly partaking in a war of words against the South African National Defence Force (SANDF).

The animosity has been brewing for the last couple of days. Malema – who shared a message from a purported soldier on Sunday evening, claiming that SANDF had not been feeding their employees – was brutally called out by SANDF in a statement issued yesterday. Army officials dismissed his Tweet as ‘fake and disingenuous’.

A spokesperson for Jacob Zuma and his Foundation has revealed that uBaba is in deep financial trouble, largely due to the torrent of litigation he’s had to deal with since stepping down as president in 2018. Now, his debt is mounting…

Msholozi has been in and out of court more times than an affordable divorce lawyer over the past few years. Various cases, ranging from the arms deal trial to his conviction in the Constitutional Court, have set him back millions. This desperate scramble for money to keep fighting his corner led to an extraordinary request on Tuesday.

The JGZ Foundation posted a Tweet, asking the GENERAL PUBLIC to cough up the cash for Mr. Zuma. They are now encouraging his supporters to donate money to the cause, so the 79-year-old can fund his defence attorneys.

Does SA have the highest unemployment rate in the world?

Statistics South Africa (Stats SA) released the Quarterly Labour Force Survey (QLFS) for the second quarter of 2021 on Tuesday, 24 August, and it showed that the official unemployment is the highest it has ever been since the government began tracking the QLFS in 2008.

South Africa’s unemployment rate increased by 1,8 percentage points to 34,4% in the second quarter of the year (Q2:2021), Stats SA said on Tuesday, which is the highest it’s been since the start of the QLFS in 2008.

The unemployment rate by the expanded definition of unemployment – including those discouraged from looking for jobs – increased by 1.2 percentage points to 44,4%.

Pet owners in Cape Town have been put on high alert this week, after dogs in both the Mother City and Khayelitsha both tested positive for rabies. The Western Cape Government has warned those with furry friends to remain extra-vigilant, as the disease is easily transmissible between animals and humans.

Rabies can be transmitted by saliva or other body fluids, and a dog or person can be infected by being bitten, scratched, or licked by a positive animal. The gruesome illness can be fatal, and it has prompted local government experts to issue an immediate warning for all pet owners – who are now being encouraged to double-check vaccine schedules.

“The Western Cape Department of Agriculture Veterinary Services have confirmed cases of rabies in two dogs in Khayelitsha in the City of Cape Town. Investigations are currently underway to determine the source of the outbreak. Concerned owners should take pets to the vets, or an animal welfare organisation, to check their vaccination status.”

SASSA: Here are the confirmed payment dates for September 2021

The South African Social Security Agency (SASSA) has officially released the September 2021 payment dates for social grants, so not to worry, the wait is almost over. Older person grants, disability grants and child support grants will be made on the following dates next month.

A 42-year-old woman who is accused of murdering her husband in 2015 made her first appearance in a North West court on Monday, 23 August. The accused was arrested by the South African Police Service (SAPS) earlier this month.

The accused, Nancy Majonhi, reportedly lived in a rented room in Ledig near Sun City with her late husband, Prosper Chipungare.

SAPS spokesperson Brigadier Sabata Mokgwabone said the couple had a fight on Tuesday, 28 July 2015, and Majonhi allegedly assaulted her husband with a hammer until he fainted.

“According to the information received, the accused hacked the then 44-year-old victim with a spade and threw the parts into three different pit latrines,” said the police spokesperson.

Senior Gauteng Health official Babita Deokaran, 53, who was shot and killed outside her home in Johannesburg on Monday, was a person who did everything in her power to uncover corruption, Gauteng Premier David Makhura said.

While the Special Investigating Unit (SIU) recently revealed that Deokaran was one of its witnesses in the PPE investigations, Makhura added that she was appointed Acting Chief Financial Officer (CFO) in August 2020 in the aftermath of the irregular and unlawful PPE procurement.

Makhura said Babita Deokaran served the people of Gauteng and the Department of Health with exceptional professionalism, unswerving dedication, and high ethical standards.