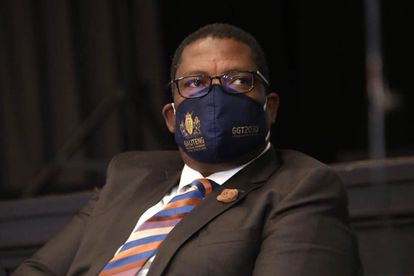 Stay informed with the latest news stories and headlines in South Africa on Wednesday 11 August 2021.

The rape of a Grade 1 learner, allegedly by a general assistant at a Gauteng school, has shocked and angered many people, including provincial MEC for Education, Panyaza Lesufi. The incident brings to light the ongoing scourge of rape and other forms of gender-based violence that continues unabated in South Africa. The learner had asked to use the bathroom when the attack happened. Police are investigating.

Meanwhile, Joburg has a new mayor. MMC for Finance Jolidee Matongo face no opposition to his candidacy, and so was elected as Mayor by Council Speaker Nonceba Molwele.

A Grade 1 learner from Gauteng was allegedly raped by an employee of the school earlier this month. The provincial MEC for Education, Panyaza Lesufi, said he was furious about the situation on Tuesday, 10 August and called on the public to step forward and provide law enforcement agencies with information.

According to the Gauteng Education Department, the alleged sexual assault took place at Khensani Primary School in Soshanguve, Pretoria, on 2 August. Initial reports indicate that the victim, a Grade 1 learner, asked to use the bathroom during school hours and was raped by a General Assistant at the school. She told her mother about the incident on the evening of Tuesday, 3 August.

“We are disturbed and angered by the allegations of sexual assault of a Grade 1 at Khensani Primary in Soshanguve,” said Lesufi.

Former Johannesburg Mayor and President of Action SA, Herman Mashaba, has issued a scathing response to the decision to elect Jolidee Matongo as the metro’s new Mayor, saying that “the ANC’s spin doctor” brings a legacy of corruption to his new position.

Earlier on Tuesday, the The African National Congress (ANC) in Johannesburg nominated its MMC for Finance Jolidee Matongo for the post, and without any opposition to his candicacy, he was elected as Mayor by Council Speaker Nonceba Molwele.

Molwele said that in the event that a candidate runs unopposed, the person presiding must declare that candidate elected.

“So with the powers invested on me as the Speaker of Council, I duly declare Councillor Jolidee Matongo as the executive mayor of the city of Johannesburg,” she said.

A high-level military doctor has reportedly told prison and prosecuting authorities that it will take six months of care to restore Zuma’s health.

According to the media report prosecutor Billy Downer has made it clear that the State isn’t satisfied with the “vague generalities” contained in Brigadier General Dr Mcebisi Zukile Mdutywa’s submissions, which could have major implications for the future of the Zuma corruption trial.

“He is undergoing extensive medical evaluation and care as a result of his condition that needed an extensive emergency procedure that has been delayed for 18 months due to compounding legal matters and recent incarceration and cannot be delayed any further as it carries a significant risk to his life,” Mdutywa reportedly wrote.

A shocking number of police and security forces were out in full force at the Pietermaritzburg High Court on Tuesday, where former President Jacob Zuma was expected to appear in person.

A shocking number of police and security forces were out in full force at the Pietermaritzburg High Court on Tuesday, where former President Jacob Zuma was expected to appear in person.

Law enforcement was also deployed to hotspot areas, where intelligence points to the greatest likelihood for unrest.

This comes after supporters of former Zuma vowed last week to come out in large numbers and gather at the Pietermaritzburg High Court to demand his release.

Their insistence came on Wednesday last week, as the Jacob Zuma Foundation pleaded with the police and other security forces to work in harmony with the supporters, to ensure that there is no confrontation outside the court.

But this was however not the case on Tuesday.

President Cyril Ramaphosa will appear before the Zondo Commission of Inquiry into State Capture and Corruption on Wednesday the presidency has confirmed.

Ramaphosa is expected to appear before the commission on Wednesday 11 August and Thursday 12 August in his capacity as the President and former Deputy President of the Republic of South Africa, the presidency announced in a statement on Tuesday afternoon.

“The Commission has indicated that the first part of his appearance will cover matters that were outstanding following his appearance on behalf of the African National Congress on 28-29 April 2021. Thereafter the Commission will proceed with matters relating to his positions in the State,” the Presidency said.

“The President’s appearance before the Commission follows an undertaking that he made in 2018 to provide the Commission with any information and assistance it may seek in the fulfilment of its mandate.”

A man in Pretoria has turned out to be the lucky winner of the 27 July PowerBall Plus draw, which saw him win a whopping R17 million. The lucky winner is a 47-year-old electrician in the capital city and already knows what he plans to do with some of his earnings. He’s getting married in December and plans on sparing no expense.

In addition, the new millionaire is also in the process of building and furnishing his dream home, but that’s not all he plans to do with his newfound fortune.

“A portion of the winnings will go towards our dream wedding and honeymoon, most probably at an exotic location, once the pandemic is over. I also plan on investing and buying shares in a telecommunications company with the balance of my winnings,” he said.