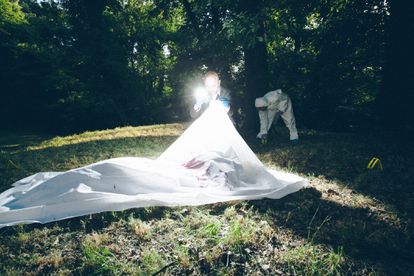 Stay informed with the latest news stories and headlines in South Africa on Wednesday 1 September 2021.

South Africa’s obsession with violence has once again come to the fore over the past few days. How else can we explain the callous and brutal death of two traffic officers, gunned down while they sat in their car? How else could we wrap our heads around the murder of a defencless pensioner for her car? Or the woman who was killed and buried under a bathtub for two years? More days of murder in South Africa that seem to repeat themselves far too often.

Elsewhere, Jacob Zuma is not allowing NPA doctors to examine him. Even though his lawyers agreed to this ahead of time. Another delay in the never-ending trials of the former president.

Zuma refuses to be examined by NPA doctors

According to a media report, his foundation said this is because he is tired of his claims of ill-health being treated with distrust.

While his lawyers had agreed to a court order that the State could appoint its own doctors to examine him, his foundation reportedly now insists this is “unnecessary”.

Zuma is due back in court on 9 September, when his lawyers will confirm whether or not they will seek a longer postponement of his trial.

Civil Rights group, AfriForum, has published a tax manifesto in which the civil rights organisation has declared a dispute with the South African government about the continuous wasting of taxpayers’ money.

AfriForum said in a statement on Tuesday that a general tax revolt would be unavoidable if the continuous looting of the fiscus as well as the steamrolling of destructive policy ideas did not stop.

Ernst Roets, Head of Policy and Action at AfriForum explained that AfriForum was not planning to organise a tax revolt.

However, he said the public was increasingly demanding it and that sympathy for the idea was growing.

“Our goal is to avoid such a tax revolt by insisting on drastic intervention rather than encouraging a revolt,” Roets said.

“However, it seems that there is not much space for negotiations. The ongoing, shameless looting of the fiscus by senior public servants, combined with the fact that high-profile persecutions are all but happening, while the ruling party continues to apply destructive policies leaves the tax payer without any other choice.”

Roets added that AfriForum spoke on behalf of its almost 300 000 members, most of whom were taxpayers. “If more people add their voices to this campaign by endorsing this manifesto, it will strengthen our mandate.”

While details remain sketchy at this point, it has been reported that Maphatsoe succumbed to an undisclosed illness in hospital on Tuesday afternoon, 31 August 2021.

According to the People’s Assembly, Maphatsoe went to Angola and the Soviet Union to receive his training and was also exiled in Uganda before returning to South Africa.

Two traffic cops ambushed and killed on N2 in KZN

A pair of Road Traffic Inspectorate  (RTIC) officers were shot and killed at the N2 onramp to Nkodibe, KwaZulu-Natal on Monday evening. The unknown attackers also allegedly made off with the traffic officers’ service firearms.

The two traffic officers – Sithole, 48, and Lamula, 36 – were stationed at uMtubatuba RTI. They were attacked while on duty at approximately 18:30 on Monday, 30 August.

The unknown suspects ambushed the traffic officers while they were on-duty in their vehicle at the N2 onramp to Nkodibe and allegedly took their state service firearms. A nearby off-duty member of the South African Police Service (SAPS) heard gunshots, according to Arrive Alive, and reported the incident.

The traffic cops were found dead at the scene. KZN MEC for Transport, Community Safety, and Liaison, Neliswa Peggy Nkonyeni, sent her condolences to the families of the deceased RTI officers. Nkonyeni said incidents such as this instils fear and demoralises hardworking employees and affects service delivery.

Three suspects were arrested for allegedly murdering Iris Potgieter on Wednesday afternoon, 25 August, in Free State, Bloemfontein. Mangaung police said the body of the deceased was found in a field near Dewetsdorp where she lived.

South African Police Service (SAPS) spokesperson Brigadier Motantsi Makhele said that witnesses saw a red Volkswagen Golf that matched the description of the vehicle owned by Potgieter driving towards an open field outside Riverside township near Dewetsdorp on Wednesday.

“The occupants stopped, off-loaded something and then sped off. The police were summoned to the scene and the lifeless body of the Dewetsdorp resident from Caroll Street was discovered,” said Makhele.

Potgieter’s Red Volkswagen Golf Chico was very recognisable to the community and she was known to do odd jobs and offer locals transport with it. The vehicle was not found at her residence on Wednesday.

The United Nations (UN) announced that the use of leaded petrol has officially been eradicated across the world after Algeria – the last country still using it– stopped selling it at petrol stations. The UN said the end of the dangerous fuel could prevent 1.2 million premature deaths and save $2.45 trillion per year.

Leaded petrol was first used in 1922 and by the 1970s, nearly all petrol produced across the world contained the toxic metal. The UN Environment Programme (UNEP) began its campaign to eliminate lead use in petrol in 2002 and described it as “one of the most serious environmental threats to human health.”

Service stations in Algeria stopped selling leaded petrol in July bringing the use of the fuel that contaminated air, dust, soil, drinking water and food crops for nearly a century to an end. For comparison, South Africa banned leaded petrol at the start of 2006.

A 43-year-old man was arrested for murder on Monday 30 August after the body of his 34-year-old wife was discovered inside their home in Butterworth underneath the bathtub two years after he reported her missing.

The woman was reported missing by her husband on 3 July 2019. Since the report was filed, investigations into her disappearance were unsuccessful.

Police were recently alerted by a family member who was suspicious about the bathtub which was no longer mounted on the surface.