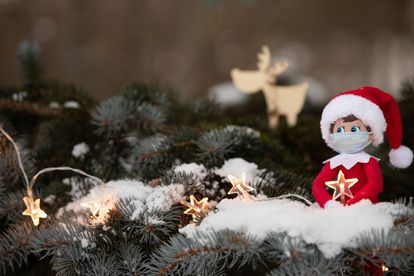 We’ve got the latest news stories and headlines in South Africa on Saturday 25 December 2021.

It is Christmas! May the twinkling lights of Christmas fill your heart with hope. May Santa Claus bring you everything you want. May your year be full of joy. These are my wishes for you on this joyous day. Merry Christmas!

Let’s have a quick look at the latest headlines.

The Department of Health announced that all Covid-19 contact tracing should be stopped with immediate effect, except where infections are picked up in congregate settings and cluster outbreak situations.

In an updated memorandum, dated 23 December, the department said that “containment strategies are no longer appropriate” and that a mitigation strategy is the only viable way to curb transmission of the virus, especially in the context of the new Omicron variant.

Meanwhile, the Gauteng Education MEC Panyaza Lesufi tested positive for COVID-19 on Friday after feeling unwell on Thursday night and struggling to breathe.

The Department of Health is ending contact tracing for COVID-19 as well as quarantining of contacts. In a circular signed by the department’s Director-General Dr Sandile Buthelezi, it says containment strategies are no longer appropriate and mitigation is the only viable strategy.

But, the health department says tracing in congregate or cluster outbreak settings – will continue.

“All contacts must continue with their normal duties with heightened monitoring ( daily temperature testing, symptom screening) of any early signs. If they develop symptoms then they should be tested and be managed according to the severity of the symptoms,” the circular reads.

Contacts for COVID-19 also don’t have to test for the virus, unless they are displaying some symptoms.

The decisions are based on advice on the Ministerial Advisory Committee (MAC) on COVID-19. According to the MAC, the proportion of people with some immunity from infection and/or vaccination remains high.

The Gauteng Education MEC Panyaza Lesufi tested positive for COVID-19 on Friday after feeling unwell on Thursday night and struggling to breathe.

According to Education spokesperson Steve Mabona Lesufi is in isolation and receiving treatment.

“Lesufi felt unwell last night and struggled to breathe, which prompted him to go test for COVID-19 this morning and his results came back positive,” he said.

Mabona said that in addition to being previously vaccinated, Lesufi is currently self-isolating in his home and feeling better subsequent to experiencing COVID-19 symptoms before testing.

More than two months after interviews for the two vacancies at the Constitutional Court, President Cyril Ramaphosa has appointed Judges Narandran “Jody” Kollapen and Rammaka Steven Mathopo to the highest court in the land.

Their appointments are effective from 1 January 2022. The Judicial Services Commission (JSC) conducted interviews to fill the two vacancies at the highest court in the land back in October.

“The President consulted with Acting Chief Justice Raymond Zondo and the leaders of parties represented in the National Assembly through a letter dated 22 November 2021 with regard to the five candidates nominated by the JSC. The due date for comment on the candidates was 14 December 2021”

With thousands of dead and dying Cape Fur seals continuing to wash ashore on the West Coast as part of the mass seal mortality event that has been occurring since September, there are STILL no answers as to what is causing this.

The Department of Forestry, Fisheries, and the Environment (DFFE) spokesperson Zolile Nqayi could Friday not yet provide the report on the cause/s of the seal die-off. This comes despite the DFFE sending technicians and scientists to inspect at the onset of the mortalities in September.

Nqayi told the media that in September, only 16 mortalities were recorded – seven at St Helena Bay, nine at Elands Bay. Thousands died towards the end of October.

“Carcasses are picked up by the various affected municipalities. The areas that are affected in the West Coast are Lamberts Bay, Elands Bay, St Helena Bay, and Paternoster,” he said.

Nqayi said once they had received the report on the cause/s of the seal die-off, they would issue an update, but it has been months now.

According to a report by IOL, researchers investigating the causes were also frustrated by the delay in results of the seal post-mortems from the state vet after providing the necessary information.

Rhino horn consignment destined for China intercepted at OR Tambo

The Directorate for Priority Crime Investigations (Hawks) said a rhino horn consignment was intercepted at OR Tambo International Airport after a tip-off on Thursday, 23 December. The contraband was concealed in chocolate packaging and was destined for China. A single suspect was arrested.

Hawks spokesperson Lieutenant Colonel Philani Nkwalase said the authorities received a tip from the cargo section of OR Tambo about a suspicious parcel destined for Shandong Province, China.

“The parcel was allegedly declared as Ferrero and Cadbury chocolates,” said Nkwalase.

Members of the Hawks Serious Organised Crime Investigation and the Department of Forestry, Fisheries and Environment headed to the scene after security officers working the scanners at the airport alerted the authorities after detecting the suspicious parcel.