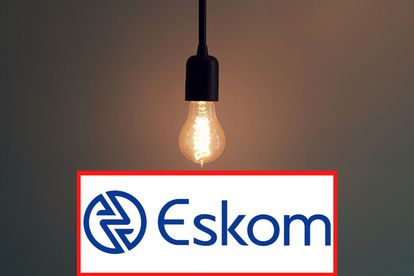 We’ve got the latest news stories and headlines in South Africa on Saturday, 24 September.

The man was airlifted to hospital in a critical condition after he suffered burns all over his body. He was electrocuted while working at a Kempton Park power station.

Horrendous scenes have been witnessed in Lydenburg, Mpumalanga on Friday – after a runaway truck careered through the town centre and claimed ‘at least two lives’. The trail of destruction is thought to be 4km long, according to local media.

Meanwhile, a ‘houdini’ was caught in his tracks when he escaped from Montecasino Bird Garden and was spotted in Fourways, Johannesburg.

Man critical after being electrocuted while working at power station

A man was hospitalised on Thursday morning, 22 September, after he was electrocuted while working at a power station in Kempton Park, Gauteng.

A spokesperson for emergency service ER24 said paramedics arrived at the scene at approximately 8:30 and found the man – who is in his thirties – being treated on-site by first aiders.

“On closer inspection, medics found that the man was in critical condition, having sustained burns over most of his body,” said the spokesperson.

The man was treated at the scene and provided with advanced life support interventions before he was airlifted to a nearby hospital by helicopter. “Local authorities were on the scene for further investigations.”

Horrendous scenes have been witnessed in Lydenburg, Mpumalanga on Friday – after a runaway truck careered through the town centre and claimed ‘at least two lives’. The trail of destruction is thought to be 4km long, according to local media.

The incident took place at 12:45 on 23 September. CCTV footage has captured the moment this out-of-control lorry ploughed through Voortrekker Street, smashing into cars and destroying traffic signs in the process. Sadly, fatalities have been reported at the scene.

“AfriForum’s private prosecution unit in Pretoria helped Lindrie Gouws to open a case after Schuurman apparently distributed intimate photos of Gouws to her friends with the aim of causing her emotional harm and harm. This so-called revenge pornography case is a first for the unit.”

Nope! Load shedding is not ending soon – here’s the forecast

From then on, it will drop to Stage 4 and then Stage 3 until Monday morning, spokesperson Sikonathi Mantshantsha said.

A houdini was caught in his tracks on Witkoppen after he snuck out of the Montecasino Bird garden in Fourways on Friday.

It is suspected that the Fourways houdini had a run in with one of the mates at Montecasino Bird Garden, after he reportedly messed with his chicks.