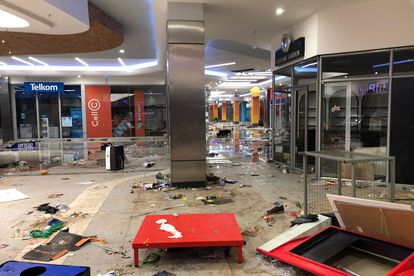 A lot can change overnight, or over the course of one weekend, but we’ll keep you in the know with the latest news stories and headlines in South Africa on Monday 23 August 2021.

The rumour mill is working overtime about whether there will be a national shutdown on Monday. The ruling ANC has distanced itself from the alleged action. In KZN, the province hardest hit by the recent riots, Premier Sihle Zikalala has called for calm, while law enforcement is taking nothing for granted. It’s unclear at this stage how many people will heed the call for a national shutdown, and if there will be violence.

KwaZulu-Natal (KZN) Premier Sihle Zikalala has reacted to the rumours of a planned shutdown on Monday, 23 August 2021, and has called for calm.

Word of the shutdown has been spread on social media and while Zikalala has said the province would operate as normal on the day, they were not taking the rumour lightly.

The province is already recovering from the aftermath of the July riots, which have negatively its economy, with businesses forced to close and well over 120 000 jobs lost.

It seems that the festivities are beginning a few hours early this weekend, amid fears that South Africa could see another wave of unrest due to the planned ‘National Shutdown’ on Monday. Evaton Mall in Sedibeng was forced to close its doors earlier today, as rumours of an alleged looting attempt filtered through to the authorities.

Blue Hawk Tactical, a security firm based in Gauteng, has since responded to the matter themselves – revealing that Evaton Mall may have been the target of a possible attack. Several law enforcement agencies are now at the scene.

A spokesperson for the Police Ministry confirmed on Sunday that NATJoints are on ‘high alert’ for widespread disruption tomorrow. It’s believed that those instigating the trouble will carry on from where the July Riots left off, and national key points are rumoured to be the next conquest for certain ringleaders. The ANC has distanced themselves from it all.

COVID-19 in KZN: ‘Things are getting REALLY bad,’ warns MEC

Kwazulu-Natal’s Health MEC Nomagugu Simelane is not mincing her words and has expressed concern over the province’s COVID-19 cases as they continue to rise.

Simelane has warned KZN residents against being complacent and disregarding the necessary COVID-19 health protocols such as using sanitiser, wearing masks and social distancing.

“We know that, perhaps because we talk about Covid-19 on a daily basis, people may feel like they’re growing ‘tired’ of consuming this information. But the truth is that things are really getting bad”

The Groote Schuur Hospital Board has said it is disturbed by utterances made by a group of anti-vaxxers who held a protest outside the institution on Cape Town on Saturday, 21 August 2021.

The protestors were then asked by law enforcement officers to leave the area. They are accusing government about lying to the public about the vaccine and of violating their human rights.

The demonstrators carried all kinds of placards, including ones that claimed the vaccines caused heart attacks, miscarriages and strokes. They have also attacked hospitals, including Groote Schuur, claiming they are killing their patients, something the institution’s board took exception to.

“While the crux of their gripe focuses on anti-vaccination sentiments, they have taken aim and attacked our valued staff in a manner that is deeply disrespectful, accusatory, humiliating and demoralising. Labelling this hospital, which has treated thousands of patients, Covid and non-Covid, as a ‘gas chamber’ and blatantly accusing our staff of killing patients is deeply disturbing and unacceptable,” the board said in a statement.

Tragedy has once again the University of Fort Hare within a space of a few days. This time a 24-year-old male student who died after allegedly falling from the 12th floor of a student residence building.

The incident occurred at the institution’s East London campus on Saturday, 21 August 2021.

For now, all indications are that the final-year Law student took his own life.

“The university confirms the death of a BCom Law student from Mount Coke Mission. We established the male student’s father passed away one week ago. Initial investigations point strongly to a possible suicide event. Police are on scene and working with the university’s investigations unit,” University of Fort Hare spokesperson JP Roodt is quoted as having said.

On Monday, a 28-year-old health worker representing the City of Joburg will appear in court after he was exposed for selling ‘fake COVID-negative certificates’. The paperwork, a requirement for international travellers to prove they are not infected with the virus, was being sold for R500 per person.

The shocking disregard of public health is likely to come with severe punishment for the guilty party, who was arrested on Sunday night. What is more, it’s understood that the Parkhurst Clinic employee did not act alone, and more suspects are likely to be arrested in the days to come.

The COVID crook was captured following a week-long sting operation, conducted by law enforcement authorities in Joburg. This entire scheme was a relatively simple process, and all people had to do was submit some personal details and a contact phone number. Customers then received a text from a local lab, confirming they are negative.

This in turn generates a certificate that proves your health status, and the Parkhurst perp ends up R500 better off each time. The sheer selfishness of this plot has left city officials raging, and Mayor Jolidee Matongo let fly at those involved – he was furious with the fact that such a forgery could end up spreading the virus further and causing more fatalities.