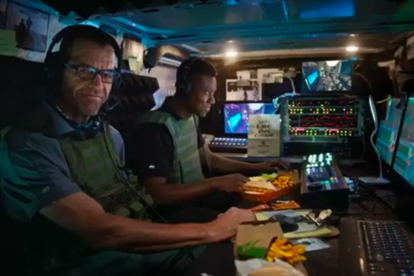 We’ve got all the latest news stories and headlines in South Africa you really need to know on Friday 27 August 2021.

They say blessings come with great cost, and now even the NPA has warned that the “Blesser and Blessee” phenomenon could result in a charge of human trafficking. Rightly so.

In Limpopo, things are a little loose when it comes to vaccine hesitancy, judging by the provincial government’s social media campaign. Naturally, tweeps were offended on behalf of everyone on the internet.

Meanwhile, over in the North West Job Mokgoro has found himself without a – job, after agreeing to resign as Premier.

‘Blesser and Blessee’ relationships could amount to human trafficking – NPA

The National Prosecuting Authority of South Africa (NPA) warned that the “blesser and blessee” phenomenon in the country could amount to human trafficking in a statement on Thursday, 26 August.

The NPA’s “anti-human trafficking message” on Thursday borrowed heavily from Johannes Mapane’s 2018 academic article titled Exploring the “Blesser and Blessee” Phenomenon: Young Women, Transactional Sex, and HIV in Rural South Africa, which is the first result that pops up when searching the term “blesser blessee” via Google.

The NPA explained that the blesser and blessee phenomenon is a form of transactional sex, in which affluent older men (the blessers) entice younger and “more vulnerable” women (the blessees) with money and gifts in exchange for sexual favours.

“In most cases, these older men are married men who secretly engage in extramarital affairs with these young women,” said the NPA. “Many equate this to prostitution or sex work. However, both practices at the end of the day are proven to be equally high-risk sexual behaviours for HIV infection.”

‘Mjolo slaps better when you are protected’: Youth vax campaign gets the side-eye

The provincial government in Limpopo is clearly thinking outside the box when it comes to promoting vaccination uptake. On Thursday, 26 August, the local department of health unveiled a social media campaign poster – emblazoned with Health MEC Dr Phophi Ramathuba’s face – that either had people in stitches or up in arms.

The Limpopo government’s poster targeted at those 18 and older, encouraged residents to take their identity cards and head to the 37 vaccination sites in the province, including the University of Limpopo, University of Venda and other private sites.

The most prominent slogan reads, “Mjolo slaps better when you are protected.” Underneath it is two more slogans, next to an illustration meant to mirror the iOS on/off switches on smartphones, which read, “No Condom, No Sex” and “No Vaccine Certificate,  No Dating.”

The African National Congress (ANC) Interim Provincial Committee (IPC) removed Mokgoro from his post after announcing Bushy Maape as its preferred candidate to replace him.

Briefing media on Thursday, 26 August 2021, Mokgoro said he will officially hand over his resignation letter later in the day.

Earlier this week, ANC deputy secretary-general said Mokgoro agreed to step down, but would only do so after meeting with Ramaphosa.

“Mr Mokgoro has agreed to resign, he has given us that, even to me personally when I met him. He has also today met treasurer-general [Paul Mashatile] of the ANC, and made that commitment. He is awaiting a meeting with the president, which is fine … We have no problem with that and he has indicated that immediately after that meeting, he will tender his resignation letter. I do have a written message from him that assures me that he will be resigning,” she said.

The National Council of SPCAs (NSPCA) recently uncovered shocking conditions at a lion breeding farm in the Free State, including 13 lion carcasses discovered in a locked freezer container. The lion carcasses were stored together with the lion food supply.

“Due to existing animal welfare concerns found at the lion breeding farm, the NSPCA’s concern over the lion carcasses is not only based on how these lions were kept while alive but also, how they died.”

The NSPCA said it has reasonable cause to believe the deaths were not natural.

“Due to their suspicions, 7 of the 13 carcasses were seized in terms of our warrant conditions and were sent for full post-mortem analysis and report.”

NSPCA said a joint inspection initiated by the NSPCA with the Environmental Management Inspectors from DESTEA was carried out earlier this month on a lion breeding farm in the Free State Province.

“The inspection carried outmatched that of an old familiar scene NSPCA Inspectors are familiar with regarding lion farming.”

The other lions who were lucky to be alive were also found in a bad state.

WATCH: What do Leo Prinsloo, Digital Vibes and the Tembisa 10 have in common? Nando’s

The advertising team at Nando’s always seems to have their finger on the pulse of South Africa and this week, they released a double feature of television adverts that satirise some of the biggest stories that have gripped the nation – from real-hero Leo Prinsloo to the Tembisa 10 decuplet saga.

Do you remember when former ANC stalwart and businessperson, Tokyo Sexwale, claimed that he had evidence that proved the existence of a ‘Spiritual White Boy heritage fund’ worth an unthinkable amount of money that was being pilfered from and the government dismissed his allegations and said he had fallen victim of a scam?

The Nando’s ad Scamandla, which was released on 25 August, poked fun at that debacle. The Digital Vibes corruption scandal that eventually led to the resignation of the embattled former Minister of Health also makes a cameo – there’s a bespectacled figure sitting in a meeting at the “South African Scamming Association” whose nameplate identifies him as the “Financial Health Minister.”

To top it off, Leo Prinsloo, whose heroic actions when he evaded – and took the fight to – would-be cash-in-transit robbers, makes a brief appearance at the end of the video.

Parents and guardians of Grade 7 learners that are looking to make online applications for Grade 8 are encouraged to make a move as soon as possible, as the deadline for Phase 1 of the 2022 online admissions is FAST-approaching.

According to the Gauteng Department of Education (GDE), the Phase 1 online application period will close on 3 September 2021.