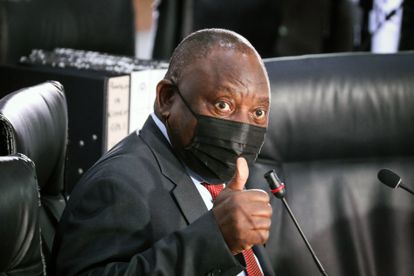 A lot can change overnight, or over the course of one weekend, but we’ll keep you in the know with the latest news stories and headlines in South Africa on Monday 30 August 2021.

It’s been a while since we had a family meeting, and while there isn’t any indication to suggest there will be one this week, we can expect some sort of announcement when Cabinet and the National Coronavirus Command Council (NCCC) meets in early September. South Africa’s infections rate is on a downward trend, along with deaths and hospitalisations, which could mean a lifting of lockdown Level 3 in the not-too-distant future. Time will tell.

For the first time in a very long while, South Africa’s COVID data seems to be trending downwards – with all key indicators dropping in unison. Factors such as case rates, hospitalisations, and deaths all influence decisions based on our current lockdown levels – and these numbers may soon bring more relief for South Africans.

As it stands, Mzansi is under Level 3 regulations. Most businesses can operate, but they are subject to strict social distancing curbs and evening curfews. Gathering sizes are also capped, and spectators remain shut out of their beloved sports stadiums. There is now hope, however, that some of these restrictions can be eased.

The provincial picture is a little up and down, but nationally speaking, we’ve seen cases drop by 9% over the past week. Test positivity is down by 2%, dropping below the 20% mark. Deaths are also down by 7%, and hospitalisations have shown a minute shift in the right direction, decreasing by 0.4%.

This COVID data probably isn’t enough to push South Africa back into the loosest range of restrictions.

But another successful week of sustained declines could help us move down to Level 2 – which certainly marks a step in the right direction. The number of fully vaccinated South Africans is up, with 23% of the population now totally jabbed.

Cabinet and the NCCC will review our latest lockdown measures in early September.

Six people shot and killed in a shooting in Umlazi

Six people were shot and killed in a shooting in Umlazi on Saturday evening.

Naicker said it is alleged that six people were shot and killed by unknown suspects while at the U section in Umlazi.

“Four people were declared dead at the scene while the other two died in hospital. Among the victims are two females. The victims are believed to be between the ages of 14 and 28.”

He said the motive for the killings is suspected to be related to criminality.

Fear not, students and parents – the October school holidays WILL go ahead as scheduled, contrary to speculation that the Department of Basic Education had resolved to forfeit the time away from the classroom to make up for time lost during the COVID-19 pandemic.

Education Minister Angie Motshekga said during a briefing on Sunday 29 August that while a strategy to reclaim the substantial time school’s have been forced to close remains critical, the October holiday – and the entire school schedule – should continue as planned.

Motshekga confirmed that the Council of Education Ministers (CEM) had resolved to recommend that the lost number of school days should be recovered at District and school-level, but with only if the circumstances are “reasonable” and won’t impact the schedule too drastically.

“ CEM agreed that the amended 2021 School Calendar MUST be retained as it was from its very last amendment – that the October vacation, will not be interfered with.”

A storm of stomach-churning proportions is set to descend upon Luthuli House in the coming months, after the ANC failed to register candidates for the 2021 Local Elections in DOZENS of municipalities.

Their bid to retain an overall majority of the vote share is now in trouble, and if the ANC is unsuccessful in getting the IEC to reopen the registration process for them, the polling numbers could be extremely damaging for the ruling party.

Opposition outfits, in all regions where the ANC hasn’t fielded someone to govern, will now be gifted an unprecedented opportunity to gain power in strategic locations. Here are the numbers that have rattled the 109-year-old organisation.

KwaZulu-Natal (KZN) Premier Sihle Zikalala is taking action against his Health MEC Nomagugu Simelane after she was seen on video hosting a party, where COVID-19 protocols were not applied.

Simelane was celebrating her birthday last week with close friends and family, many of whom were not wearing masks, herself included.

The MEC apologized following the backlash and insisted that it was a surprise party that was planned by those close to her.

Sihle Zikalala finally addressed the scandal on Saturday, 28 August, announcing several sanctions against Nomagugu Simelane. Not only will she be given a warning, half of her salary will docked and she also has to apologise.

“We have instructed Provincial Treasury to ensure that at the next payment cycle, 50% of the MEC’s salary is docked and paid to NGOs that fight against Covid-19 in the District where the MEC is a Champion in Amajuba District Municipality”

SASSA CEO Busisiwe Memela-Khambula said the agency still has unclaimed SRD grants approved from the initial phase in May 2020 – April 2021.

She urged all applicants approved for payment to collect their funds at the Post Office before 31 August 2021.

While the new extension gives motorists some buying time to renew their licences, licence centres have been grappling with backlogs and technical issues exacerbated by the COVID-19 pandemic.

South Africans were relieved to hear that the deadline of renewals of all license licences – learner’s licences, driving licences, professional driving permits, and temporary licences – which expired between 26 March 2020 and 31 August 2021 – has been extended.

Transport Minister Fikile Mbalula announced that the department would be extending the process to 31 March 2022.

Avoid long queues with these easy steps. Here is everything you need to know about how to renew your driver’s licence online.