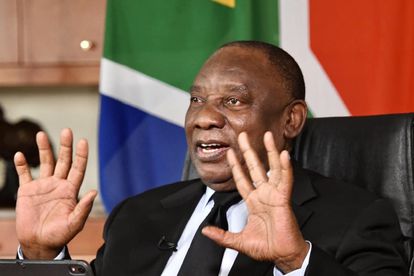 We’ve got all the latest news stories and headlines in South Africa you really need to know on Friday 10 September 2021.

When will our state of disaster end? It’s been 18 months since the first state of disaster was announced by President Cyril Ramaphosa in March 2020. Now Western Cape Premier Alan Winde has said enough is enough, and that the government should put an end to the COVID-19 laws.

We are expecting another family meeting soon, and word on the street is that Ramaphosa will move the country back to lockdown Level 1.

Western Cape Premier Alan Winde has nailed his colours to the mast this week, and he is now adamant that South Africa should do away with its State of Disaster laws going forward. The senior politician has tabled this bold suggestion ahead of an expected relaxation of lockdown restrictions for SA – but what are his motivations?

As Winde sees it, the picture in Mzansi has been changed by the accelerated vaccine programme. He reckons that a more ‘modern’ approach is needed, prioritising things like regular testing and vaccine status certification.

The State of Disaster laws, which have been ever-present in South Africa since March 2020, are set for renewal next week. But Winde wants to see the national government take a brave step out of its comfort zone.

South Africans will receive ‘digital vaccination certificates’ from next week

Health Minister Joe Phaahla has confirmed that SA citizens who have received their COVID-19 jabs will soon be issued with ‘digital vaccination certificates’ by the end of next week.

Phaahla, addressing an early morning media briefing, revealed that the document would be accessible via a smartphone, but a physical copy can also be printed off and stored in person. The minister went on to state:

‘Take your stuff’: Carl Niehaus has an hour to collect belongings

The ANC isn’t playing around this time and has given its controversial member and now ex-employee Carl Niehaus exactly an hour to fetch his possessions from the party’s headquarters in Braamfontein, Johannesburg.

The party gave Niehaus the axe on Thursday, 9 September 2021, after he failed to give reasons as to why he should be allowed to keep his job.

Niehaus found himself in hot water with the ANC once again – this time for announcing he would be laying criminal charge against the governing party’s top six leadership over its failure to pay staff salaries.

“Accordingly, this letter serves as notice of your summary dismissal as an employee of the ANC. You can collect your personal belongings from ANC security at Luthuli House tomorrow between 10h00 and 11h00”

In the suspension letter, Potgieter reprimands Niehaus for his conduct over the past few months. He was already on suspension for comments he made outside former president Jacob Zuma’s Nkandla homestead back in July, ahead of his arrest for contempt of court.

The 32-year-old Mtetwa is now a spirited activist for medical marijuana after the plant helped him overcome the horror pains he endured after a road accident.

The Gauteng man was involved in a motorcycle crash back in 2011 and later needed a safer and more effective way to treat himself. He began to grow his own marijuana before it was permitted in Mzansi.

Mtetwa has now finally earned a legal medical prescription from a doctor for marijuana. While this event is not a novelty in other corners of the globe, in Mzansi it has been unheard of.

“The process is not easy, I would like to thank SAHPRA [South African Health Products Regulatory Authority] for making this possible. I did not think it would be possible in my lifetime,” Mtetwa told eNCA in a live broadcast.

“The process is basically to apply for a section 21. It is the documents that give you the right to use and possess unregistered medicine,”

A major US farm has been accused of implementing ‘racist and discriminatory policies’ this week, after a group of former workers filed a lawsuit against the Mississippi-based operation. Pitts Farms has been slammed for apparently shunning its local black workforce – to instead bring in only white South Africans instead.

The turbulent legal case is set to shine a light on the H-2A visa programme. The set-up allows US businesses to bring in foreign citizens if they cannot fill employment gaps with American workers. This has been an extremely popular route for white South Africans looking to find a job Stateside – and Pitts Farms, allegedly, got very comfortable with this.

Trained workers from SA who end up on US farms do bring a wealth of knowledge and experience with them. The H-2A visa is extremely favourable to this particular crowd of South Africans. But for a number of workers in Sunflower County, MI, this dependence on their labour has put a clutch of black Americans on the scrapheap

Around 4.4 million girls and young women are infected with HIV, according to the Basic Education Department, which presented UNAids data from 2018 to Parliament’s portfolio committee on Basic Education.

Soul City Institute’s Neli Hlophe via a Newzroom Afrika report explained that the alarming number in South Africa made up 23% of the 19.1 million HIV-positive young women and girls globally.

The obvious question that has emerged is what is the driving force behind the disastrous number of infections?

According to Hlophe, the number is not a huge shock to the institute. She believes that the HIV rate is in line with the socio-economic factors in South African society.