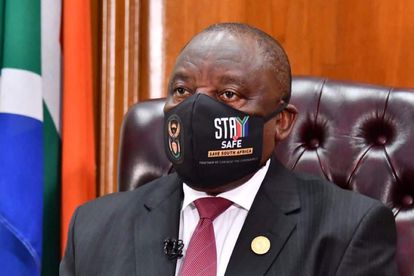 President Cyril Ramaphosa addressed the nation on Sunday evening 24 May, announcing a move to Level 3 lockdown on 1 June. Image via Twitter @PresidencyZA

President Cyril Ramaphosa addressed the nation on Sunday evening 24 May, announcing a move to Level 3 lockdown on 1 June. Image via Twitter @PresidencyZA

South Africa’s President Cyril Ramaphosa said Friday that military medical personnel were ready to be deployed to the Western Cape province, the country’s coronavirus epicentre, as the number of nationwide infections surged past 40 000.

The president’s announcement comes a day after the hardest-hit sub-Saharan African country recorded 3 267 new COVID-19 cases, its biggest single-day jump during the pandemic.

The Western Cape province, a popular tourist destination, accounts for more than 66% of South Africa’s 40 792 infections and over 70% of its 848 deaths.

The surge in infections sparked fears that the province’s health care system would soon be overwhelmed.

“The Western Cape is the epicentre of COVID-19 infections and this concerns us deeply,” he said during a visit to the province’s capital Cape Town.

Army medics set to be deployed in the Western Cape

He said the military was “ready to bring in defence military personnel who will be able to come to the province immediately to lend a hand”.

“We must pull out all stops to save lives.

“This a war that we must win, we cannot sit back and be defeated by COVID-19 on the basis that we didn’t have enough staff members,” he said duing a meeting with the provincial authorities led by the opposition Democratic Alliance.

Ramaphosa a lockdown on 27 March aimed at slowing the disease’s spread.

The move sharply limited people’s freedom of movement while slowing an economy already in recession.

But Ramaphosa has gradually eased the lockdown measures and allowed most of the economy to restart.