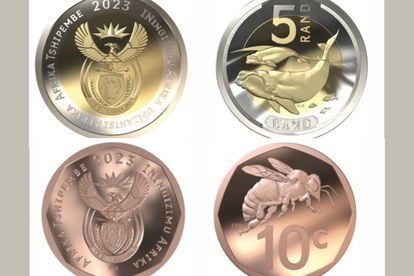 SA will have new circulation coins from 1 January 2023. Image: SARB.

SA will have new circulation coins from 1 January 2023. Image: SARB.

The South African Reserve Bank (SARB) gazetted the design, dimension and compilation of the fourth decimal coin series of South Africa on Friday, 25 November. The new-look coins will be recognised as legal tender from 1 January 2023.

The South African reported that the government would introduce a new coin series in 2023 in August after the announcement was made during a virtual cabinet meeting.

Friday’s gazette revealed the design of the new money for the first time. The introduction of some new animals is the most noticeable change.

Another change is that the word South Africa will be minted on one side and printed in all our official languages.

As previously reported, South Africa’s current coinage – the Third Decimal Series – was introduced in 1989. The country began minting its own coins with the First Decimal series in 1961.