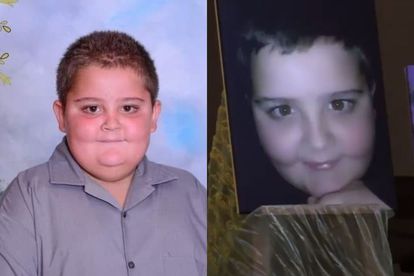 We’ve got the latest news stories and headlines in South Africa on Saturday, 17 September.

A SEVEN-year-old schoolboy in Rustenburg recently died after a HEART attack. How is this even possible?

The North Gauteng High Court has ruled that Adv Malesela Teffo should be struck off the roll of legal practitioners.

Perhaps it comes as no surprise that Eskom announced that Stage 4 load shedding would continue to be implemented until Sunday morning, 18 September.

And lastly, a massive Nile CROCODILE weighing 660kg recently BIT his handler during a show at the Crocodile Creek in KZN.

A SEVEN-year-old schoolboy dies after a HEART attack

A SEVEN-year-old schoolboy in Rustenburg recently died after a HEART attack. How is this even possible?

The Grade 1 learner, Rayn Cronjé died of a heart attack in the early hours of Saturday, 10 September.

David Brink Primary School in Rustenburg expressed their deepest condolences to the Cronjé family and relatives on the death of Rayn Cronjé, a 7-year-old Grade 1 learner.

Perhaps it comes as no surprise that Eskom announced that Stage 4 load shedding would continue to be implemented until Sunday morning, 18 September.

The power supplier said breakdowns and persistent shortages of generation capacity are the reason for the extension.

Three generating units – one each at Kriel, Majuba and Tutuka – broke down over the last 24 hours, said Eskom, and necessitated the continuation of Stage 4 load shedding.

Former defence lawyer for accused 1 – 4 in the Senzo Meyiwa murder trial, Advocate Malesela Teffo has been struck off the roll of legal practitioners.

The North Gauteng High Court made the ruling on Friday, 16 September 2022.

Adv Teffo was accused of misconduct and misappropriation of funds by a number of clients who complained that despite paying he never rendered services. The clients had complained to the Legal Practice Council before he even represented accused 1 – 4 in the Meyiwa murder trial. In fact, his conduct at the soccer star’s murder trial was not considered in this matter.

Widespread SNOW of up to 20cm is expected in these areas this coming weekend.

According to VoxWeather, only light flurries are likely to fall over the Matroosberg Nature Reserve in the Western Cape.

“The snow will quickly melt, with most of the snow falling over the HIGH PEAKS of the Cederberg Mountain Range Into Monday, snow spreading over the Eastern Cape mountains and Drakensberg.

WATCH: Heavy rain of up to 100mm is expected – FLOODING risk

Heavy rain of up to 100mm are expected, along with strong winds and snow are expected this coming weekend.

According to VoxWeather, disruptive rain leading to widespread flooding of roads and settlements, danger to life, and possible displacement of affected communities are possible.

A steepening upper-air trough, a surface trough, and a ridging high-pressure system are expected to result in windy, wet, and cold to very cold conditions across the province from Sunday until Tuesday. Significant accumulations are expected to fall in places south of the escarpment from Sunday, with the conditions to improve eastwards from Tuesday afternoon.

A massive Nile CROCODILE weighing 660kg recently BIT his handler during a show at the Crocodile Creek in KZN.

According to Crocodile Creek in Kwazulu-Natal, the attack happened on Sunday, 10 September.

In the video, you can see the crocodile handler names Sean walking around and feeding one of the two crocodiles in the enclosure. He is seen talking to the onlooking visitors.