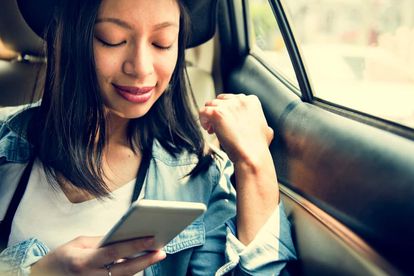 Stock image of woman browsing the Internet on a smartphone. Photo: Envato Elements

Stock image of woman browsing the Internet on a smartphone. Photo: Envato Elements

Search trends information is collected from data collated by Google, based on what South Africans have been searching for.

And it truly has been one heck of a week, hasn’t it? Winter came to Westeros. Notre Dame went up in flames and Sam Smith cut his Cape Town concert short due to vocal strain.

Paris, and pretty much everyone else in the world, looked on in shock as the 856-year-old medieval Catholic architectural wonder nearly crumbled into ash.

The search term ‘Notre Dame Cathedral‘ generated more than 200 000 search queries on Monday. We’re a curious bunch, us South Africans, and Google kept us informed about what was happening more than 12 000 km away.

We know now that 400 firefighters risked their lives to battle the blaze and that authorities are investigating the cause of the fire. We also know that the world’s 1% pledged nearly R5 billion toward restorations.

Fans generated more than 20 000 search queries for ‘Sam Smith’ on Tuesday ahead of the British superstar’s Cape Town performance at the Grand West Casino.

As the festivities kicked off in California with headliners such as Childish Gambino and Ariana Grande, South Africans generated more than 2 000 search queries for ‘Coachella’ on Saturday.

Beyoncé’ made headlines and had the Beyhive buzzing with her #Beychella performance. In addition, Netflix hosted an exclusive screening of her film Homecoming at the University of Johannesburg.

Game of Thrones superfans were beside ourselves on Sunday, searching the Internet high and low for the first episode of the American fantasy drama’s eighth season.

The search term ‘Game of Thrones, season 8, episode 1’ generated more than 100 000 queries on Google Search on the weekend, and it’s not hard to guess why.

We waited nearly two years for the final season and most fans, no matter how hardcore a fan they are, needed a quick refresher. Most fans wanted to know where to watch the latest season. TL;DR – on Showmax.

A good many DStv subscribers were left out in the cold when the DStv Now app crashed. They raged on Twitter about staying up until 3:00 for season premiere without being able to watch it. Fun times. Fun times.

If you still need to brush up on a few titbits before Game of Thrones season 8 episode 2, we’ll just leave this handy list here for you:

Also read – A Game of Feasts: How to prepare food from Westeros [videos]