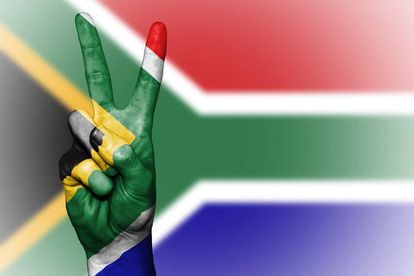 This week has been full of sweat breakers and heart droppers. From the continuing process of the commission of inquiry into state capture to President Ramaphosa’s stimulus package, our heads have been served with nothing but headaches.

Well, we would like to be the penicillin. Okay, the interest rates to our mortgages won’t be reduced anytime soon and the petrol price may hike five more times in the future. However, there is a lot more to smile about.

We are constantly on the lookout for those unsung heroes who serve to do great things for the betterment of our society.

This time around, we have identified five good news pieces that fell short of our attention thanks to all the limelight bad news gets.

Read – South Africa has got good news: Here’s what you missed

Good Things Guy published a story about Biance Ackhurst, the 22-year-old who may just be winning her valiant fight against Guillian-Barrè. This is the extremely rare disease that left Bianca paralysed since July.

Thanks to BackaBuddy, a crowdfunding platform, the Ackhursts have managed to raise R108 065.41 towards paying for her treatments.

Jeffrey Ackhurst, Bianca’s dad, expressed his excitement witnessing his daughter’s will to fight.

“Bianca’s condition is improving daily and she is at the point where she can sit with little to no assistance and can stand unassisted for about 3 seconds at a time. She remains positive despite dealing with this soul-destroying illness” he exclaimed.

Doctors have said that she still needs a further six months in recovery. The further medical treatment she will need is estimated to cost around R200 000.

Read – South Africa has got good news: Here’s what you missed

This heartfelt story is the reason why we need more of these to remind us that the ‘one hand washes the other’ principle is key for building a working nation.

Eddie Botha moved to Gaansbaai, in the Overberg area of Western Cape, in 2015. That is where he met Liandro Lodewyk, a Hermanus High School graduate who used up most of his time playing tennis at the local club.

In a Facebook post, Eddie reflected on how, after a conversation with Liandro, he identified his great potential. Liandro wanted to be an Afrikaans teacher. However, because of where he lived and his financial situation, he was never able to find employment.

“To cut a long story short, I got in touch with the former vice chancellor of Free State University, prof Jonathan Jansen, while he was on a trip overseas and he arranged for Liandro to get a bursary to study there from 2016.

I met Liandro and his family at the bus station in Cape Town when he left for a trip into the unknown.”

Fast forward to a few years later and Eddie received a message from Liandro, who updated him on how life was.

“I received a WhatsApp from him to inform me that he has been awarded as the best education student in his residence and also the best overall achiever.”

“Thanks to prof Jansen, this kid, who really came from a disadvantaged community, grabbed the opportunity given to him with both hands (and he is like Rafa Nadal, a self-taught lefty on the tennis court) and will hopefully soon teach kids such as himself that there is a future beyond their dreams. You have made us proud Liandro.”

The world — not just South Africa — needs to celebrate people like Eddie, what a man.

Social media has been abuzz this week with the news of the man who is braving a 2 000km run from Nelspruit to Cape Town.

Dave Busschau is a 49-year-old businessman who is best known for his passion for helping others. The ‘crazy’ marathon he’s embarked on is in the hopes that he will be able to raise money for four-legged animals and amateur runners.

According to Cape Town ETC,

This is not the first marathon that Busschau has taken part in, he already has a long list of recorded achievements under his belt – competing in international marathons in New York and Jerusalem, finishing 10 Comrades Marathon events and over 100 Ultra marathons.

Busschau is no stranger to long distance running and is well prepared to complete the 1900km journey from Nelspruit to Cape Town. He will attempt to complete this long-distance running marathon in a mere 45 days, from 1 September to 16 October when he will reach the Cape, which just so happens to be the date of his 50th birthday.

So far, his campaign, Run like Crazy Dave, has managed to raise R5 112. He hopes to raise R30 000 by the end of the marathon and we are routing behind him, hoping he achieves his goals.