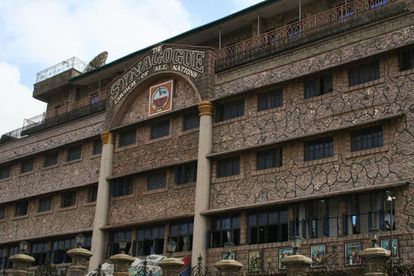 Nigerian preacher TB Joshua announced that he’s intending to travel to South Africa soon to talk to family members of the 84 South Africans killed in Lagos at the building collapse at his mega-church site nearly two weeks ago.

Joshua is revered throughout Africa as an evangelical preacher and is often referred to as “The Prophet”. But having failed to foresee the tragedy in one of his revelations, however, it is unclear whether Nigerian authorities will hold him personally responsible for the collapse, which killed 86 people in total.

The South African government has dispatched a search and rescue team to Lagos in the meantime to assist in the recovery of the remains of those killed during the tragic building collapse in Nigeria. The International Relations and Cooperation Minister Maite Nkoana-Mashabane confirmed that a ten-member team was sent to Lagos comprised of a variety of experts as well as doctors.

The Minister added that affected families would be receive assistance in the process of identifying their loved ones and with the repatriation of the remains of the victims. A hotline has been set up to assist family members and the South African Consular General to Nigeria was also seen assisting on the scene of the building collapse.

Twenty six South Africans who survived the collapse but were injured have arrived back in Mzansi, landing at the Swartkops Air Force Base in Pretoria. They will be receiving further medical attention at Steve Biko hospital before being discharged or sent to a hospital of their own choice.

President Jacob Zuma had announced on Tuesday night that 67 South Africans were killed during the building collapse at the Synagogue Church of All Nations last Friday. However, that number has risen since. Zuma has also expressed his condolences in a public statement, saying that there was nor incidence in South Africa’s recent history when “we had this large number of our people die in one incident outside the country.”

President Zuma also thanked the Nigerian authorities for their assistance so far:

President Jacob Zuma later announced that he is establishing an Inter-Ministerial Task Team in response to the tragic collapse, as investigations have been launched in both countries looking into the nature of the incident.

“The members of the task team are the Minister in the Presidency, Mr Jeff Radebe as Chairperson; the Ministers of Cooperative Governance and Traditional Affairs; International Relations and Cooperation; Home Affairs;  Social Development; Police; State Security; Health and Defence and Military Veterans,” Zuma said.