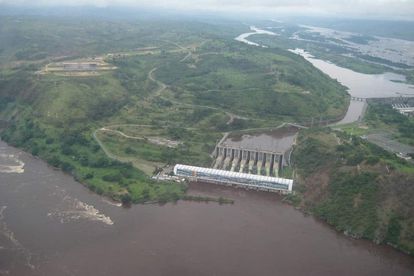 The third and final phase of the Grand Inga Dam construction would see the Congolese facility become the largest in the world, dwarfing the current table-topper – Three Gorges in China – by twice its size. South Africa wants a slice of the hydro-electric pie, but not everyone is on board with these proposals.

Labelled as “one of the most ambitious projects in Africa’s history”, progress has encountered a series of delays and false starts over the years, but officials from Mzansi may look to purchase up to 5 000 megawatts of power from Inga when it has finally completed its next development stage.

That’s roughly the amount of power that is taken off the grid during Stages 4 – 5 of load shedding. Congo now has a new president who has vowed to prioritise the completion of the dam sooner rather than later, and recent media reports have brought the Inga Dam back into the public spotlight.

But the DA’s Kevin Mileham suspects that might not be a good thing for our government. The Shadow Minister of Mineral Resources & Energy has poured scorn on the project and South Africa’s apparent involvement:

“The third phase of Inga is about 10 years behind schedule. Congo itself is a politically unstable country, and the World Bank has already removed its funding for the dam. South Africa has an agreement to take 2.5MW (megawatts) from Inga, which could eventually rise to 5MW.”

“But there are so many problems with these proposals: It’ll be an expensive project, and funding is a huge issue. On top of that, importing electricity makes the costs per kilowatt-hour of usage more expensive and transmission costs will likely increase. Most of Inga’s electricity output will stay in Congo, too.”

For Mileham, the deal is not one rooted in rational thinking. He confirmed to us that the National Treasury hasn’t sanctioned proposals to source this energy from abroad, and suggests that lessons aren’t being learned from earlier this year.

When a tropical cyclone hit the east coast of Africa in March, Mozambique bore the brunt of the devastation. The carnage was widespread, and it had a huge knock-on effect for South Africa’s electrical output. Mzansi imports 900MW of power from its north-easterly neighbour, but all of that went missing when power lines fell.

You perhaps won’t need reminding of the subsequent fallout. The worst load shedding schedules in recent history were implemented shortly afterwards, with power cuts lasting for more than 13 hours a day in some regions.

Mileham argues that a similar event, where electricity has to cross several borders instead of just one (while carrying more than five times the power that comes from Mozambique), would plunge South Africa into an electrical abyss. The DA representative simply isn’t buying into this “pipe dream”:

“This wouldn’t be a case of ‘an extra 5000MW’ being added to the grid: As South Africa is part of the Southern African Power Pool, we share our electricity supply with several other nations. Unfortunately, it includes Zimbabwe, who are in the grip of a crisis and create very little.”

“Six coal-fired power plants are set to be decommissioned in South Africa in the near future. So let’s not spend our energy budget on a foreign pipe dream. Instead, the energy department must invest in IPPs, and publish SA’s ‘energy road map’ that is two years overdue”.

Who is funding the Inga Dam?

Indeed, the funding of the project has been a source of keen interest itself. A consortium of Spanish and Chinese investors have been linked to its financial backing – but, as we’ve learned this week, their interest seems to have cooled on the Inga Dam. It’s understood that “no hard money” has been put on the table to kick “Inga III” into gear.

Mileham also said that there are “no firm commitments” to the next stage of development, and a pre-feasibility study is yet to be conducted. With several of these issues posing a clear and present danger to South Africa’s electricity supply, the energy department may have to think twice before putting their eggs in this particular basket.