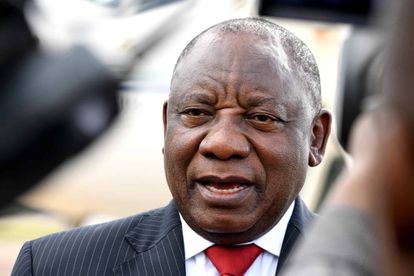 President Cyril Ramaphosa says the Parliament fire was symbolic of some of the major challenges that have plagued South Africa over the past two years, including COVID-19 and unemployment. Ramaphosa used the start of his State of the Nation Address (SONA) to highlight the fact that proceedings are taking place outside of the National Assembly, for the first time, due to the fire which gutted parts of the Parliamentary precinct in January.

“For many, what happened in Parliament speaks to a much broader devastation of what happened in our land. For many, the fire was symbolic of the devastation caused by COVID-19, by rising unemployment and deepening poverty of our country. It spoke to the devastation of a pandemic that, over the past two years, has taken the lives of tens of thousands of South Africans, put two million people out of work and brought misery to many families in our country”

President Cyril Ramaphosa said the fact that MPs were gathered at the Cape Town City Hall instead of Parliament, reflects the extraordinary circumstances of the country’s “trying times.” He also took the opportunity to laud Parliament’s presiding officers for wasting no time to find an alternative venue for its work to continue, in the wake of the fire.

“It reflects the determination of our presiding officers and indeed all members of the two houses of Parliament, who determined that the work of this democratic institution should continue without interruption and I applaud our presiding officers and all of you. There are moments in the life of a nation where old certainties are unsettled and new possibilities emerge,” Ramaphosa said.

Zandile Mafe, a 49-year-old man has been arrested for his alleged role in the Parliament fire. Mafe faces several charges including housebreaking with intent to commit arson, arson and theft. He was recently denied bail by the Cape Town Regional Court.