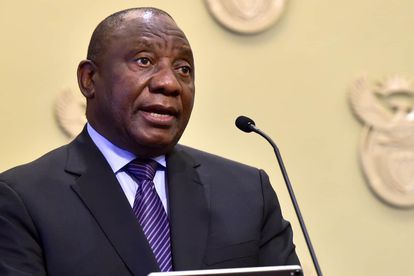 Deputy Speaker of the National Assembly Lechesa Tsenoli says preparations for next week’s State of the Nation Address (SONA 2019) are at an advanced stage.

Tsenoli said this when presiding officers briefed the media on the readiness of Parliament to host President Cyril Ramaphosa’s State of the Nation Address on Thursday, June 20.

“The preparations for SONA, which provides the President an opportunity to share government’s comprehensive plans for the coming period, are at an advanced stage.

“SONA also provides Parliament with an opportunity to interrogate the plans of government – through its oversight function – and to facilitate public involvement and put in place legislative interventions to realise the delivery of services, where necessary.

“The President’s address, therefore, will be followed by a debate by a joint sitting of both houses on June 25 and the President’s reply to the debate on June 26,” he said.

How bad weather and the economy will affect this SONA

Tsenoli said, meanwhile, that various features that have traditionally characterised the preparations and the actual SONA 2019 ceremonies have been modified for the June SONA. The occasion will, however, still preserve the decorum and solemnity of a key State event of such magnitude.

“In making these modifications, the prevailing economic hardships that continue to face most South Africans and the expected unfavourable weather conditions have been taken into account,” he said.

Some of ceremonial aspects of SONA that will be affected by these include the junior guard and the civil guard, who form a guard of honour for the State procession and the eminent persons, who are usually selected from provinces on the basis of their outstanding achievements in their respective fields of work. Tsenoli said these aspects will both not be part of the event.

The praise singer, or imbongi, who usually ushers the President into the chamber ahead of his speech, has also been withdrawn.

A total of 1 200 guests have been invited. These includes surviving Rivonia trialists Denis Goldberg and Andrew Mlangeni, as well as Gertrude Shope and Sophie de Bruyn – who both were among those who led the iconic 1956 women’s march.

“As has occurred before, there will also be a mounted police escort and a military ceremonial motor escort and the lining of the President’s route to Parliament by the military.

“Due to the expected weather conditions and the scaling down of certain aspects of the ceremony, the President’s walk to the National Assembly building, where the address is delivered, will be shorter than usual,” he said.

Tsenoli said a budget of R2 million has been set aside for next week’s event and indications are that Parliament will spend less than the budgeted figure.

“For the February SONA ceremony, we budgeted just over R2 million but closed with a total spending of R1.6 million. Parliament has been tightening the SONA budget in the last few years, which has, despite the price inflation, come down from R9.2 million five years ago to R2 million for this SONA ceremony,” he said.

The speech will be broadcast live on Parliament TV, DStv channel 408 and Parliament’s YouTube channel from 19:00 next week Thursday. It is also expected to be carried live on other news channels.