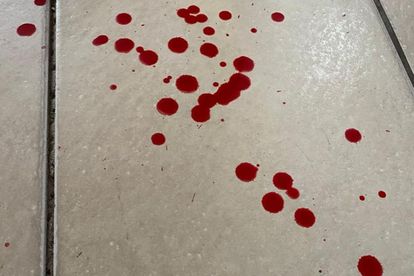 The 24-year-old man who allegedly stabbed his mother to death and drank her blood will remain in police custody until his next court appearance in July.

Thabang Moswane appeared before the  Koster Magistrates’ Court on charges of murder. He abandoned bail and his case has been postponed to 7 July 2022 for further investigation.

On 9 May 2022, Boons police were called to the horrific murder scene in Mathopestad.

Reports indicated that the mother Kedisaletse Elizbeth Moswane (53) and her son got into a fight on the said day.

“On arrival at the scene, police found Kedisaletse’s body inside a shack with numerous stab wounds.

The police were informed that Thabang was allegedly seen drinking his mother’s blood, after he stabbed her,” said National Prosecuting Authority, regional spokesperson Henry Mamothame.

At that time, the Provincial Commissioner, Lieutenant General Sello Kwena was shocked to learn about the horrific incident.

He reiterated that police will continue to work hard to ensure that those who perpetrate crimes against women and children are brought to book.

THE MAN WAS STABBED IN HIS CHEST AND FOOT

Meanwhile, a man was brutally stabbed when robbers attacked him in his house in Tongaat, KZN.

“A 48-year-old man was injured after robbers climbed up the scaffolding to his first-floor apartment and stabbed him during a home invasion.”

Balram said members of Reaction Unit South Africa (RUSA) were dispatched to the scene at approximately 05:54 after receiving reports of the incident.

“On arrival, the man was found bleeding excessively, stabbed multiple times. He explained that he woke up to the sound of his bedroom door opening.

“An unknown male armed with a large knife jumped on him when a scuffle ensued. The two wrestled from the bedroom to the living room.”

It is believed the suspect called out to an accomplice to assist him; however, he remained on the balcony and did not enter the flat.

Balram said the man also screamed for assistance which scared off the suspects.