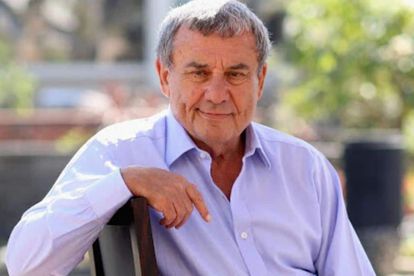 Sun International and Southern Sun founder Solomon “Sol” Kerzner has passed away at the age of 84.

The business and hotel tycoon had been suffering with bone cancer for some time, and had been living quietly at his home in Hout Bay since his retirement in 2014.

He is understood to have passed away on Saturday 21 March 2020 with his family surrounding him.

Born 23 August 1935 in Troyeville, Johannesburg, into a Russian-Jewish household, he created a hotel, entertainment and casino empire that skyrocketed him to the upper echelons of South Africa’s rich list, boasting a net-worth of approximately $600 million.

He was a giant in the industry, and was responsible for bringing some of the entertainment industry’s biggest names to perform in South Africa, including Frank Sinatra and Liza Minnelli.

In 1994, the “Sun King” was tasked with organising newly-elected President Nelson Mandela’s VIP function at the Presidential Inauguration, which was attended by approximately a thousand people, including many of the world’s leaders and heads of state.

The first hotel, The Beverley Hills, lured the well-heeled to undeveloped Umhlanga, KwaZulu-Natal in 1969, and 50 years on the group owns over 100 hotels. The group was rebranded as Tsogo Sun in 2012 after merging with the Tsogo gaming group.

Last year he was awarded the Lifetime Achievement Award for his contributions to the hotel industry at the International Hotel Investment Forum (IHIF).

Messages of condolences started pouring in on Saturday, with members of the hotel industry and beyond deeply saddened by the passing of a hugely respected man.

He was married four times and divorced his wife Heather Murphy in 2011. He leaves behind his four children, Andrea, Beverly Brandon and Chantel. His son Howard died tragically in a helicopter crash in 2006.