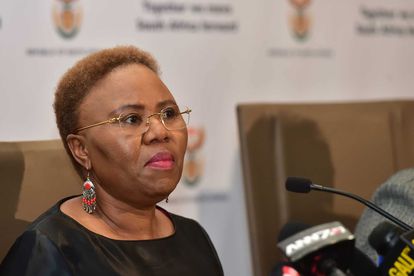 Social Development Minister Lindiwe Zulu has withdrawn the green paper on a controversial social security plan which would have seen employers and employees pay as much as 12% of their earnings towards a state-run fund.

The minister confirmed in a gazette published on Tuesday, 31 August 2021, that the green paper had been rescinded but gave no reasons as to why.

“I, Lindiwe Zulu, Minister of Social Development, hereby withdraw the publication of the Green Paper on Comprehensive Social Security and Retirement Reform (2021) published for public comment on 18 August 2021 under Government Gazette No. 45,000, volume No. 874,” she said.

The South African reached out to the Department of Social Development for comment on the withdrawal, but was unsuccessful.

The green paper on Comprehensive Social Security Aad Retirement Reform was published on 18 August. Among its proposals was a universal income grant for the working age population to lift them out of poverty, regulatory reform of the pensions and a road accident benefit scheme.

“There are no provisions to address the plight of individuals who have no income but do not meet the means test criteria to receive social grants (the 18 – 59 age group challenge). The expectation that this group would derive their income primarily from selling their labour has proven to be ineffective in the context of persistent, long-term and structural unemployment,” the paper says in part.

The proposal was met with fierce opposition from workers unions, including threats of court action from Solidarity.

“Workers in South Africa are tired of seeing their hard-earned money being wasted by the state. At best, the state is just inefficient and clumsy, but more often funds like this and the NHI are simply an excuse for looting and corruption,” Solidarity’s CEO Dirk Hermann said.