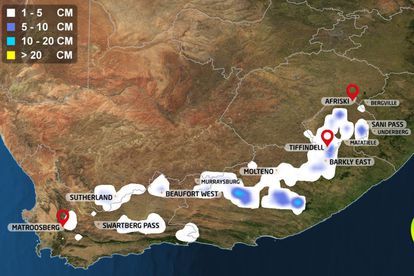 Snow and MORE rain are expected to make landfall in several parts of South Africa this afternoon as a cold front moves in on FRIDAY.

This cold front is part of a series of cold fronts predicted for the coming weekend.