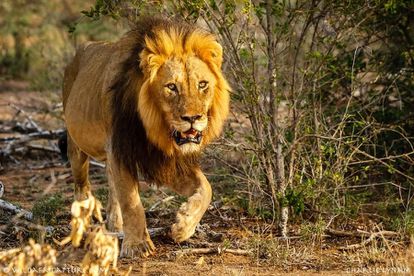 Many of you will feel jaded by the continued stories around this one lion. However, the narrative is not necessarily just about one lion. This story is about the many unanswered questions and the lack of transparency and accountability around the events that took place pre-hunt, during the hunt, and post-hunt.

What does legislation say?

It is about the free migration of KNP wildlife into the Associated Private Nature Reserves (APNR). Free migration of national assets that form part of our natural heritage. Wildlife that receives protection under the Protected Areas Act (2003) (PAA) from trophy hunting in the KNP, but not in the ANPR.

The PAA states that “all animals occurring in a national park are….deemed to be public assets held in trust by the State for the benefit of the present and future generations….”. The act further describes that these animals are not only public assets within our national parks but remain public assets even when they leave the parks.

In February 2018, SANParks KNP informed Umbabat they will not support the requested off-take for among others one lion, based on census wildlife numbers, sustainability and governance issues.

Later that month, Mpumalanga Tourism and Parks Agency (MTPA) approved the Umbabat proposed hunting quota for 2018, including one male lion older than 5 yrs.

Subsequently, MTPA issues a hunting permit for one lion, marked as a hunt where baiting is allowed. Several official requests to view this permit have been made post-hunt to no avail.

Michel Pickover (Director EMS Foundation) says they contacted Glenn Phillips (Managing Executive SANParks KNP) post-hunt “to confirm, as a matter of urgency, that the KNP did not change its mind and grant permission to Umbabat to kill a lion”. In response, Ike Phaahla (SANParks Media Specialist) states that they “make recommendations, but that does not prescribe to the issuing authority and they have the final say”.

The significance of Skye

Pre-hunt, other shareholders in the Umbabat PNR wanted reassurance from Bryan Havemann (Umbabat warden) that the dominant male lion of the Western Pride (called Skye) would not be the target of this hunt. Skye was identified as a “high-value pride male” for reasons of genealogy, pride stability and from an eco-tourism perspective.

The Ingwelala share block (non-hunting properties) raised concerns over the safety of Skye’s offspring (infanticide) and the negative impact it would have on the wildlife recreational experience of the whole of Ingwelala, if Skye was shot.

At the time, Havemann assured the target of the hunt was not Skye, but an elderly male lion that often encroached into the north-eastern section of the Umbabat from KNP and steps were being taken to increase the probability of this elderly lion being shot by baiting.

Skye was easily identifiable by two distinctive S-shaped scars on his right rump and scarring under his right eye.

What happened to Skye?

On 7th June 2018, an American hunter is believed to have paid R1 million to shoot a Kruger male lion in Umbabat with still unconfirmed reports suggesting it was Skye. The last sighting of Skye was on this very day.

Havemann has been evasive ever since the hunt. He admits it was a lion hunt using the carcasses of a buffalo and elephant as bait, both killed on the same hunt. In some instances, he seems to be aware of Skye’s identity and other times he is not, whereas clear identifying images were presented to him pre-hunt.

An Ingwelala member met with Havemann days after the hunt, during which the latter confirmed to have inspected the hunted lion. Upon further questioning, Havemann claims to have only seen the left rump and not the distinctive scar on his right.

Nevertheless, Havemann insists it was not Skye, but the target elderly male. Yet, among the photos of all the known male lions in the area, provided by Motswari Lodge pre-hunt, there is no lion of such description nor have there been any recorded sightings in the area.

We need to ask the simple question, if indeed an elderly lion was hunted, why not be transparent and allow the skin to be inspected? This would surely put an end to all speculation? I contacted Havemann on several occasions and he declined the opportunity to comment.

There also seem to be violations of the Greater KNP Hunting Protocol as well as national legislation. The Hunting Protocol states that “hunting should be conducted according to set rules to ensure that the spirit of fair chase is honoured”. Using bait neither consists of an ethical hunt nor fair chase.

On the 20th June 2018, Riaan de Lange (Head of Professional Hunting, MTPA) tells Adam Cruise in an interview: “It’s a pity we didn’t have more pictures. If the hunter had other pictures, then there would be no excuse, but he only had this one, so one can’t blame him if he did shoot Skye.” Yet another inconsistency, as we know that many identification photos were made available pre-hunt.

However, if indeed the hunt took place based on one photo, this further contravenes the Hunting Protocol, which states that “reasonable steps should be taken to gain knowledge of the males with pride affiliations and their ages, thereby ensuring that pride males under the age of 8 years are not selected”.

Furthermore, Skye was believed to be younger than 8 years and, if he was shot, this would constitute another violation of the Hunting Protocol.

Cullinan & Associates (Environmental Attorneys) believe there are potential violations of the Threatened Or Protected Species (TOPS) Regulations 2007, which provides that the issuing authority (MTPA in this case) may not authorise the hunting of a listed TOPS using bait.

Baiting is however allowed under the Mpumalanga Nature Conservation Act (1998) – one of the two provinces in South Africa that are not TOPS compliant. This obviously creates a conflict between national and provincial legislation.

Cullinan & Associates argues that conflict of this nature is dealt with in our Constitution and TOPS Regulations should prevail when it comes to the killing of a listed TOPS species. They say “the survival of the whole species in South Africa requires a uniform approach and cannot be dealt with effectively by each province making their own laws”.

Cullinan & Associates asked the Department of Environmental Affairs (DEA) in a recent letter to take urgent action by looking into this potentially illegal lion hunt.

They conclude their letter to the DEA as follows, “there is good reason to believe that the lion that was hunted was not the animal which was specified in the permit. Our client and other concerned individuals have been denied the opportunity to inspect the skin despite repeated requests, from which only an adverse inference may be drawn. There is thus reason to believe that other offences may have been committed.”

DEA promised to undertake a full investigation, including whether or not the lion hunt was lawful and the correct lion was hunted, and, if necessary, take appropriate action.

In light of this investigation, I asked de Lange (MTPA) whether or not he has granted the hunter an export permit for the trophy. He replied a “PAIA request may be the way to go”.

Earlier last week, Albi Modise (DEA Chief Director of Communications) told me that a draft investigation report is currently under review, but that this will not be made public.

“At this stage, there is no evidence that any offences were committed in the execution of this hunt”, Modise continued.

Nearly 30 NGOs with the support of 139,000 global citizens asked SANParks some very pertinent questions in an attempt to create more transparency around the hunt.

SANParks’ response has been evasive, hiding firmly behind their mandate of the KNP only. Phaahla concluded his response that “in the spirit of transparency and open communication, you [29 organisations] are urged to follow the formal engagement routes by consulting with the issuing authorities MTPA, LEDET, with DEA, and with the Private reserve representatives”, clearly another attempt to divert the responsibility to other authorities.

A representative of those 29 animal welfare organisations, Stefania Falcon (Future4Wildlife), told me that they followed up with all the authorities involved on many occasions, but were met by a wall of silence.

“The stakeholders are clearly ignoring public inputs and consultations, as well as petitions signed by many global citizens”, she said.

Nonetheless, SANParks KNP doesn’t seem happy with the whole deplorable situation. Glenn Phillips stated in a recent email that “if Umbabat do not sort out their governance issues, they will re-erect the fence” with KNP. An external source says that “Umbabat has been given six months to get their house in order and to ensure that a new Hunting Protocol is signed with KNP”.

Now more than ten weeks since the hunt, all the evidence is stacking against the survival of Skye. Sightings in Umbabat suggest that the Western Pride is breaking up in the absence of its leader.

Among the many unanswered questions, remains one central issue of national importance. If all animals occurring in a national park are deemed under the PAA to be public assets, even when they occur outside of a national park, would the public not have the right for more consultation and transparency?