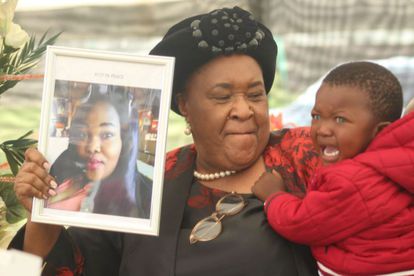 The Free State Department of Education said the six, teachers and staff members, killed in an accident on N5 were laid to rest on Saturday.

Spokesperson Howard Ndaba said they were left in shock and utter sadness after four teachers, a staff member, and a cleaner of Sekoko Primary School in Paul Roux, Thabo Mofutsanyane District, died in a tragic accident last week.

Five people were declared dead on the scene, while another person died later that day at the hospital.

Seven other people sustained serious injuries and were transported to the Dihlabeng regional hospital, Phekolong hospital and Medi-Clinic hospital.

The passengers were all teachers and SGB members of Sekoko Primary school in Paul Roux, who were driving back home from attending a workshop in Tweeling.

On Saturday, the Free State Premier Sisi Ntombela and Education MEC Tate Makgoe bid farewell to three of the teachers who lost their lives on that tragic day.

THE STAFF MEMBERS WERE LAID TO REST IN PAUL ROUX

“I feel the pain of the families because their deaths have robbed them of providers. As the government, we also have a loss because our children, who relied on these teachers to shape their future, have also lost out,” Ntombela said.

She added that the Sekoko Primary School, where they worked, and the province in its entirety, will be poorer without them.

“Their contribution in ensuring that the Free State province is the envy of the country as the best performing province in Grade 12 examinations will forever be etched in our memories.

“We thank them for their service to our province and dedication to shaping the future of our children.”

ALSO READ: Student who collapsed and died on Bloem campus described as go-getter