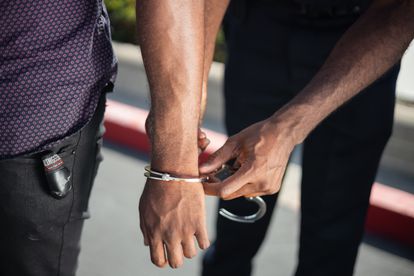 Six church members were arrested after being found with 11 minors naked at a Rustenburg house. Photo: Pexel

Six church members were arrested after being found with 11 minors naked at a Rustenburg house. Photo: Pexel

Six church members were arrested in Sondela Phase 1, Boitekong outside Rustenburg recently after being found naked together with 11 children.

The members aged between 21 and 85 appeared before the Rustenburg Magistrates’ Court on Monday and were remanded in custody.

The accused; three males and three females, who are alleged to be members of an unidentified church, were arrested on Friday, 3 June 2022.

This was after they were found naked together with 11 children, on Wednesday, 1 June 2022, in a house used as a church.

North West police spokesperson, Brigadier Sabata Mokgwabone said that one of the accused’s wife was recruited. The woman ran away and informed the police.

“The only individual who was found wearing clothes was a 34-year-old female church leader.

“Subsequent to preliminary investigations, all children were between the ages of four to 12. Six were boys and five were girls,”

Mokgwabone added that the children were removed from the house and handed to social workers for intervention. They were ultimately placed under the care of other family members.

Mokgwabane said on the day of the arrest the church leader behaved strangely and seemed mentally unstable.

“According to information received, the house that was used as a church was partially burnt on Friday by the church leader who is also one of the accused persons,”

He further said the church leader was arrested and charged on Sunday, 5 June 2022, after being discharged from the hospital where she was admitted on Friday.

The six members are facing charges of contravention of Section 22 of the Criminal Law (Sexual Offences and Related Matters) Amendment Act, 2007 (Act No. 32 of 2007) and crimen injuria.

Moreover, they will remain in police custody until Monday, 13 June 2022. Investigation into the matter continues.

ALSO RFEAD: Off-duty officers arrest a man for the RAPE of a Klerksdorp girl