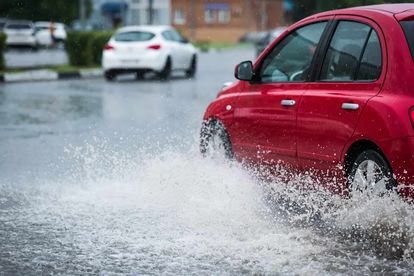 The Gauteng government has issued a road safety warning ahead of expected thundershowers.
Image via Adobe Stock

The Gauteng government has issued a road safety warning ahead of expected thundershowers.
Image via Adobe Stock

Search and rescue efforts are continuing in the Free State and Mpumalanga provinces for missing residents – amongst them two children – following drowning incidences and localised flooding reported in the country recently.

Free State Police Spokesperson, Motantsi Makhele tells the South African, divers are yet to recover the body of 7-year-old Karabo Kok who is believed to have drowned alongside six other children between the ages of 4 and 14-years-old and a 26-year-old man, when the Honda Ballade they were travelling in was swept into a river near Somerset east farm outside Steynsrus on Sunday morning, 7 February.

The circumstances surrounding the incident are not clear at this stage, and it is yet to be determined if heavy rainfall in the area had an impact on the tragedy. Makhele says an inquest has been opened to ascertain the events leading to the drownings.

What is known about the incident, is that the now deceased driver of the vehicle, 26-year-old Tshokolo Hlongwane, the seven children and a second man were all inside the white vehicle when it was swept into the river.

The two men managed to get out of the vehicle but Hlongwane went back in to try and rescue the children who were trapped inside the vehicle – sadly to no avail. Makhele says seven of the eight bodies have been recovered.

“It is so heartbreaking for any parent to loose the child in this manner. Our condolences goes to all these families who were affected by this tragedy.”

Meanwhile in Mpumalanga, five people including a 13-year-old boy have been reported missing following the torrential rains in the area.

Eight people thus far, have died from the localised flooding in the area which has been attributed to tropical storm Eloise, which wreaked havoc in Mozambique before its effects spilled over into South Africa.