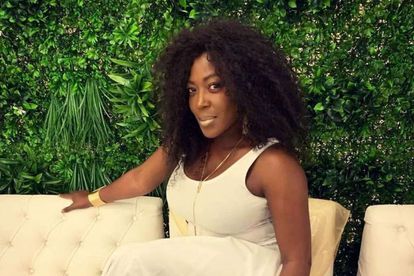 Easily a fan favourite, Chuene joined the cast of The Queen as TGom, a fiery, religious and gun-toting woman who would do anything to save her family and friends.

Chuene would often trend on social media as viewers discussed her portrayal of the character which was passionate and inspired by a personal challenge to take on a unique character, different from previous roles.

During a debacle in October 2019 which involved veteran actress Vatiswa Ndara who exposed the founders of Ferguson Films, Connie and Shona Ferguson, for allegedly paying low salaries in their productions, Chuene sided with Ndara and this is said to be the reason why she was fired from the show.

Chuene has since confirmed her exit while the Fergusons have not commented about the reasons behind her departure. Her character will be killed off.

While Motsoaledi’s character, Mmabatho centred around SK Khoza who made his exit towards the end of 2019 – she continued in the series. Motsoaledi excelled in her role and was admired for her depth and versatility displayed in scenes revolving around her tumultuous relationship with Shaka which were emotionally taxing to watch.

Weekend reports have revealed that she too is set to depart together with Chuene. It is not yet clear how Motsoaledi will leave. She is yet to comment and Ferguson Films have declined to comment on her departure.

In September 2019, head of PR and Publicity at Mzansi Magic, Philly Kubheka released a statement on Khoza’s exit, saying it was because his character, Shaka was no longer necessary to the show’s plot.

“With the storyline having evolved, the character Shaka does not form a part of it currently. SK Khoza is a very talented and passionate actor who remains an integral part of Mzansi Magic’s authentic storytelling,” she said.

Sunday World, however, quoted insiders who said Khoza’s personal issues had followed him on set and this affected his professionalism and ability to flesh out his character successfully. This then led to the end of his contract and his character being phased out of the show.

Fans have tried to bring Khoza’s character back by starting an online petition but it appears that hasn’t swayed the creators who opted to bring in new actors like Omuhle Gela and Nambitha Ben-Mazwi.

In her role as Martha, Kula played a pivotal role as a supporting actress — often having dynamic dialogues and emotionally dense scenes with Zenande Mfenyane and Rami Chuene who play Goodness and Gracious Mabuza. She surprisingly left the drama in June 2019 after her contract was not renewed.

About her exit, Kula told Drum magazine that it was an amicable separation.

“I must say I’m gonna miss playing Martha, I really enjoyed her. What a journey it has been. Will forever be grateful for the opportunity,” she further expanded on Instagram.

As Prince, a flamboyant assistant to the main character, Harriet Khoza – Moshe Ndiki brought an entertaining twist to the show. From love triangles to getting shot by the partner of his lover, his character brought a quirky essence to The Queen.

Despite this, he left the drama under dubious circumstances at the end of 2019 with rumours that his contract was not renewed and he was effectively fired as several of his fellow castmates were.

Mkangisa’s star was on the rise when she joined the popular show. She had grown from her childhood star persona and was carving a name for herself as an actress.

However, her role as Akhona on The Queen didn’t last long as she was axed for an embarrassing drunk-driving incident in May 2019 which saw a video of her intoxicated and getting arrested going viral on social media. While Mkangisa apologised for the faux pas, it wasn’t enough to save her from being cut from the show.