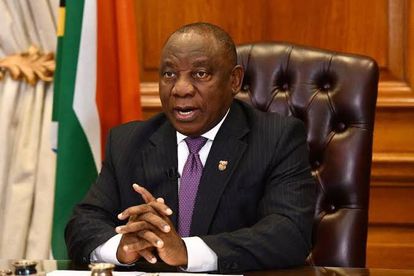 President Cyril Ramaphosa will not be setting foot in KZN to close the ongoing conference. Image: Flickr

President Cyril Ramaphosa will not be setting foot in KZN to close the ongoing conference. Image: Flickr

The newly elected ANC KZN provincial Chairperson, Siboniso Duma, has confirmed that President Cyril Ramaphosa will not be setting foot at the Olive Convention Centre in Durban to close the 9th elective conference.

As previously reported Ramaphosa was expected to be in KZN on Sunday so he can close the conference.

NO SIGHT OF RAMAPHOSA IN ANC KZN CONFERENCE

Chances of President Cyril Ramaphosa to visit KZN were already slim and according to reports this was due to the fact that it was already clear to some that those who are aligned to his faction stood no chance against the Taliban bloc. Besides that, the ANC in KZN is still very much aligned to former President Jacob Zuma is not a huge fan of Ramaphosa.

Speaking at OCC Duma said the President called him on Sunday morning to congratulate him and the rest of the new leadership.

“Unfortunately today he has another engagement today so the chair is going to close the conference. We have just received warm greetings and congratulations from the President this morning,” Duma said.

Duma was up against Zikalala for the position of Chairman after businessman and AmaZulu FC boss Sandile Zungu declined nomination from the floor. KZN Finance MEC, Nomusa Dube-Ncube on the other hand did not meet the 25% threshold in order to contest for Chairmanship.

Duma originally from Mthwalume on the South Coast in KZN is reportedly an eThekwini resident and reportedly lives in KwaNyuswa outside Hillcrest, west of Durban.

The Taliban bloc which Duma, Bheki Mtolo and Nomagugu Simelane are part of was tipped to win with Duma becoming chairperson while Mtolo becomes secretary because of how influential these two former ANC Youth League leaders were in the past. The bloc reportedly received a last minute boost from a deal intended to unite the RET forces at the elective conference which also earned them a massive endorsement by the eThekwini region.

Here is the new ANC KZN incoming leadership, and notably KZN Health MEC, Nomagugu Simelane is the only female in the top 5.