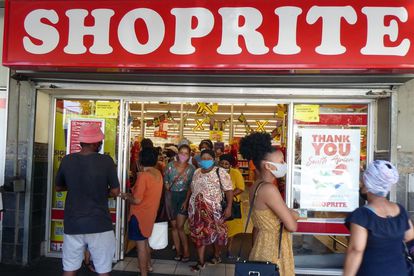 Customers affected by the data breach at Shoprite will receive an SMS. Photo: Proteus_XYZ / Flickr

Customers affected by the data breach at Shoprite will receive an SMS. Photo: Proteus_XYZ / Flickr

A warning was released by the Shoprite group on Friday, 10 June, indicating a potential data breach. The suspected breach may include the names and identity numbers of customers.

Affected customers will receive an SMS

Shoprite confirmed that an SMS will be sent to customers affected by the potential data breach. The message will be sent to the cell number provided by the customer at the time of the transaction. In addition, the group has launched an investigation into the data breach.

The Information Regulator has been notified and access to the impacted areas of the network has been shut down, according to Shoprite.

South Africa has had a history of data breaches with President Cyril Ramaphosa being a victim of a hacking just last month. Referring to themselves as SpiderLog$, the group gained access to information regarding a loan Ramaphosa took out in the 2000s.

The group shed light on the vulnerability of South Africa and its attraction to hackers. The group went as far as to target the Department of Defence (DoD) and the State Security Agency (SSA).

It was previously reported that TransUnion South Africa confirmed that a “criminal third party” gained access to one of its servers. A hacker group has reportedly claimed responsibility for the hack and the company said it will not meet their ransom demands.

TransUnion, which is one of the country’s largest credit bureaus, said the hackers gained access to its server through misuse of an authorised client’s credentials. The American company has a presence in more than 30 countries around the world.

A local technology publication ITWeb broke the story on Thursday, 17 March. It said a Brazilian hacker group by the name of N4aughtysecTU claimed responsibility for the hack and alleged that it accessed the personal records, including credit scores, banking details and ID numbers, of millions of South Africans. Read the full story here.