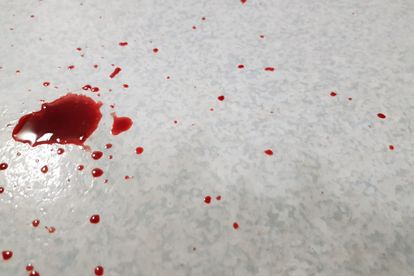 A foreign shop owner was shot and killed in cold blood in full view of his wife and brother in his shop in Kestell, Free State.

THE OWNER WAS SHOT TWICE IN HIS SHOP

According to police spokesperson Warrant Officer Mmako Mophiring, the shooting took place on Tuesday, 4 January 2022, at about 19:45.

“An unknown man allegedly shot and killed a foreign shop owner at Extension 5, Phahameng near Kestell. The victim was shot in front of his wife and brother, the suspect fled on foot,” Mophiring said.

THE LONE GUNMAN WAS WEARING A FACE MASK

He said it is alleged that an unknown man wearing a face mask was seen earlier visiting the Supermarket owned by the foreign national at Extension 5.

The man came back for the second time armed with a firearm and allegedly shot the shop owner without any demands.

ALSO READ: Kidnapped man in ICU after being excessively tortured during captivity

THREE EMPTY CARTRIDGES WERE FOUND INSIDE THE SHOP

“The police and ambulance officials were summoned to the scene. During the inspection of the body, the shop owner was found with two bullet wounds on his upper body.

“Later, three empty cartridges and one projectile were found inside the shop. Other relevant stakeholders were activated and police are on the lookout for the suspect,” Mophiring said

Police are investigating a case of murder.

DO YOU HAVE MORE INFORMATION ABOUT THE SHOOTING?

ALSO READ: Father in court for the BRUTAL murder of his 10-month-old baby