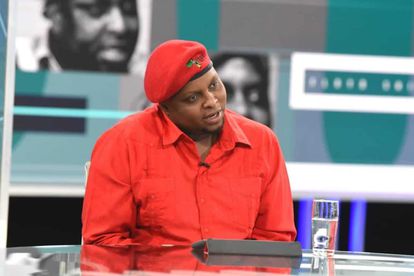 Members of the Economic Freedom Fighters (EFF) had a busy day on Monday, 7 September 2020, protesting at Clicks stores across the country – despite this, the party’s leaders were not too busy to take shots at some of their critics, including the Democratic Alliance’s (DA) Phumzile Van Damme.

EFF deputy president Floyd Shivambu seems to be clued up on the DA’s internal affairs, having asked Van Damme when she would be appearing before the disciplinary committee.

Van Damme and others part of DA ‘purge’

Never one to shy away from confrontation, the DA MP is not happy with her party, after she found out through a Sunday Times report that she, along with several others would be charged for bringing it into disrepute. The publication further said that most of the members in hot water were black and supporters of former leader Mmusi Maimane and not John Steenhuisen, who took the reins in 2019.

It comes as former DA Gauteng leader John Moodey resigned, accusing the party of embarking on a purge against former Maimane backers. Moodey has dared the DA to come after him, threatening to spill the beans on the party’s affairs.

Van Damme: ‘I couldn’t pick up my prescription meds at Clicks’

More than 400 Clicks outlets were forced to close shop in the wake of the protests, which meant that customers had to make other plans. However, unlike other customers who can simply visit a rival retailer, some of Clicks’ customers will be forced to wait for normal operations to resume, as they rely on the company for their medicinal needs – including prescriptions for chronic medication. Van Damme is one of those customers and was less than pleased with some of the unrest.

“Today I couldn’t pick up my prescription meds at Clicks. My script is on the Clicks system.  I can survive one night. I will be fine. But others may not. I had to stay on the phone and talk to someone having a panic attack outside a Clicks because she too couldn’t get her meds”, she tweeted.

The retail group has said it has no plans on adhering to the EFF’s demands and would not suspend operations, as it provides healthcare to its customers.

“Clicks is unable to estimate the total damage to stores given the ongoing protest action. Clicks provides a much-needed healthcare service to South Africans and will continue to trade”, it said in part.