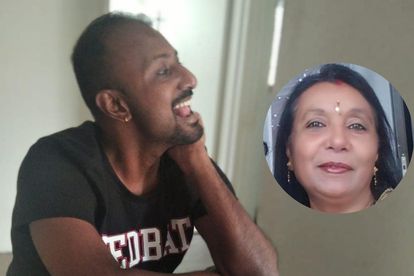 Shalendra Samath was sentenced to life imprisonment for the murder of his mother. Images: Facebok/Reaction Unit South Africa.

Shalendra Samath was sentenced to life imprisonment for the murder of his mother. Images: Facebok/Reaction Unit South Africa.

The Verulam Regional Court handed a Durban man a life sentence on 7 December for the 2021 murder of his mother.

MAN SENTENCED TO LIFE FOR KILLING HIS MOTHER

Shalendra Samath was convicted of killing his mother, Ormilla Samath. The 37-year-old allegedly stabbed the victim multiple times in Everest Heights during a fight over money in July 2021. Samath then took his mother’s cash and fled the scene.

The Verulam court sentenced the man to life imprisonment for murder and an additional 15 years for robbery.

According to the security company, Shalendra had a history of drug addiction and in the days leading up to the murder, he forced his mother to give him R3000 in cash. Relatives said the man threatened to kill his parents on multiple occasions.

“Violence against women and children will not be tolerated and the police will stop at nothing in their quest to attain sentences that are proportional to the gruesome crime perpetrated against vulnerable groups in our society,” said Colonel Robert Netshiunda.

In an unrelated incident, the Estcourt Regional Court sentenced a 49-year-old man to three terms of life imprisonment for raping his biological daughter on 9 December.

The man raped his daughter from 2005 to 2020. The abuse started when the victim was five years old.

“She reported the matter after she fell pregnant and had her father’s child,” said National Prosecuting Authority (NPA) spokesperson in KwaZulu-Natal (KZN) Natasha Ramkisson-Kara.

In its evidence, the State submitted the results of a paternity test that proved the accused had impregnated his daughter. The woman said she did not know how to explain to the child that they have the same father.

“She also said that she feels as if she has been robbed of her entire childhood. The man was sentenced accordingly,” said the NPA.