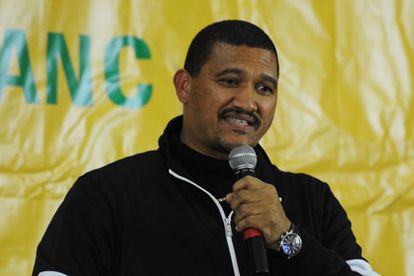 The sexual harassment complaint follows alleged incidents in Rustenburg where the ANC is currently celebrating its 104th birthday party.

ANC spokesperson Zizi Kodwa says the party is aware of the sexual harassment charge. “We have been in touch with Marius to get an explanation. Of course the law must take its course.

“We must reaffirm our position as the ANC in terms of respect to women. It is important to always reaffirm that position without prejudice of what happened but as a point of reference.”

According to Kodwa Fransman has already offered an explanation for certain events, however it should be taken into account that his version is only one side of the story.

“It’s a matter under investigation. It’s one side. In any case it may be important to allow police [to investigate] so that we don’t prejudice the complainant in the case.”

North West police spokesperson Sebata Mokgwabone told News24 a case of sexual harassment has been opened. An investigation is ongoing. No arrests have been made.

“A case has been opened and it’s under investigation. I can’t divulge what the case is, we will allow the investigations to continue and only once they are concluded can we determine if a person will be charged.”

The ANC in the Western Cape said it would meet on Saturday to discuss the allegations. The party would release a full statement following the meeting.