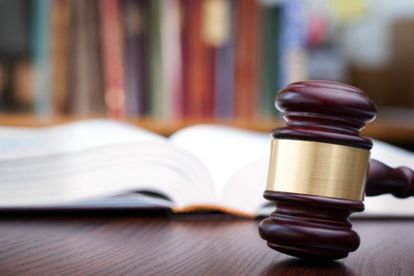 A serial rapist has been handed four life terms and an additional 80 years for several counts of rape. PHOTO: Flickr/Mowbrai

A serial rapist has been handed four life terms and an additional 80 years for several counts of rape. PHOTO: Flickr/Mowbrai

A serial rapist who has raped 14 females, including six minors is expected to serve four life terms in prison.

Residents of Letlhabile in Brits have been terrorised by the serial rapist, Jacobs Boase Kgatlane, 41. The man had raped 14 females between 2009 and 2013, said the National Prosecuting Authority.

“He would target women walking at night, threaten them with a knife or tell them he has a gun.”

The serial rapist would drag his victims to nearby bushes. This included stadium toilets and abandoned buildings where he raped them, Mahanjana said.

But six of his victims were minors, with the youngest being 14-years-old. His oldest victim is 37-years-old.

The rapist was arrested in August 2013 in Mpumalanga. He was found after an informant told the police of his whereabouts.

In addition, a phone belonging to one of his victims was found in the possession of one of his family relatives, said Mahanjana.

“He remained in custody since his arrest,” she said.

The serial rapist was found guilty of ten counts of rape and nine counts of robbery with aggravating circumstances. He was however acquitted on one count of rape and kidnapping as a witness failed to testify.

During his sentencing at the Brits Magistrate’s Court on Friday, his legal defence team requested the court to hand down a more lenient sentence. The reason for this is because the rapist has been in custody since 2013.

However, the state prosecutor told the court that pre-trial incarceration should not be taken as substantial and compelling circumstances as it would therefore defeat the purpose of the minimum sentence.

ALSO READ: Serial rapist victims include woman who was carrying her baby

“[The prosecutor] told the court that women have a right to walk freely on the streets, go and come back from work without fear, which diminishes their quality of life. Therefore, he asked the court to impose the prescribed minimum sentence,” Mahanjana said.

Kgatlane was handed a hefty sentence of four life terms and 80 years direct imprisonment. He was also declared unfit to possess a firearm.

“The Director of Public Prosecutions (DPP) Advocate Sibongile Mzinyathi, said the sentence handed down fits the offence. The DPP thanked the work done by the SAPS investigating officer and the prosecutor that led to the conviction and this sentence.  He also said he wanted to assure the community that the NPA remains committed in prosecuting crimes against women,” Mahanjana said.