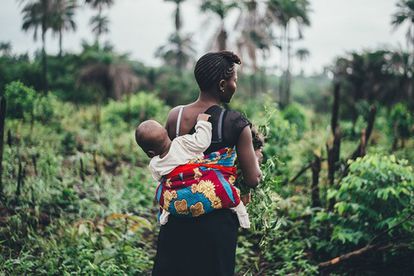 One of the victims of the serial rapist include a woman who was carrying her baby. PHOTO: www.goabroad.com

One of the victims of the serial rapist include a woman who was carrying her baby. PHOTO: www.goabroad.com

Serial rapist Sibusiso Mvusi Khoza, 32, raped seven women in a space of three months, including a woman who was carrying her baby.

Between January and March 2021, Khoza, from Daveyton, lured women by promising them job opportunities.

“After his victims would show interest in the job, he would ask to meet them on a date and place determined by him.”

The eager job hopefuls would indeed meet with Khoza. He would ask them to walk with him to the potential employer. But during that walk, he would instead take them to a cornfield in Putfontein Road. This is where he raped them at gunpoint and even knifepoint.

After raping them he would then rob them of their belongings including money and cellphones.

ALSO READ: Doctor who raped teen is actually bogus and an illegal immigrant

In March 2021 Khoza was caught after he was traced through his cellphone. He remained in custody ever since but pleaded not guilty to the charges against him.

“One of his victims told the court that on the day of the incident, she was carrying her baby.”

Khoza was subsequently found guilty and was sentenced by the Pretoria High Court sitting in Benoni on Friday.

In giving his judgement, Acting Judge Monyemangene said he could not comprehend the disrespect, violation, degradation and the worst form of violation of dignity the complainants suffered in the hands of Khoza.

“He is a menace to society who is not supposed to see the light of day,” the Judge said.

Acting Judge Monyemangene handed the serial rapist four life term imprisonment and an additional 30 years for seven counts of rape. He got another five years for attempted murder and 15 years for each of the five counts of robbery with aggravating circumstances.

He received another five years for common robbery and three years’ imprisonment for assault.

“The judge ordered that the sentences should run concurrently with that of life imprisonment. Khoza was further declared unfit to possess a firearm,” said Mahanjana.