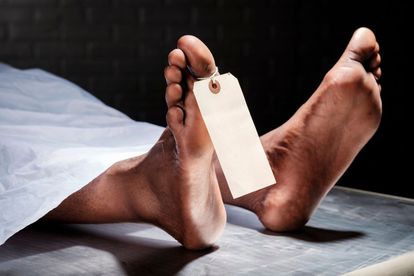 Two bodies were found under a bridge in Parow, Western Cape. Photo: Stock/Canva

Two bodies were found under a bridge in Parow, Western Cape. Photo: Stock/Canva

An alleged serial rapist and killer are expected to appear in court on Monday after seven bodies of women were found dumped.

THE MAN IS SET TO APPEAR IN COURT

Police spokesperson Brigadier Motlafela Mojapelo, the man who is allegedly responsible for a series of murders, is expected to appear in Seshego Magistrate’s Court on Monday, 15 November 2021.

He is facing charges of kidnapping, murder, rape, defeating the ends of justice, and robbery.

Mojapelo said the 34-year-old man was initially arrested for possession of a suspected stolen cellphone.

WHAT IS THE MODUS OPERANDI?

“Police later established through investigations that it belonged to a woman who was allegedly kidnapped in Lebowakgomo last month.

“When the initial investigations pointed to the possible involvement of a serial killer whose modus operandi was to lure women and promise them employment, the Provincial Commissioner of Police in Limpopo Lieutenant General Thembi Hadebe ordered that a team of investigators led by a senior officer be established to probe the disappearance of women in the Capricorn District,” he said.

The investigations soon led to the discoveries of seven bodies of women dumped at different locations in Seshego, Polokwane, Mankweng, and Westenburg policing areas.

WHO ARE THE VICTIMS?

The following victims have been positively identified by their next of kin, but forensic investigations are already underway to conclusively determine if the bodies positively match those of the deceased:

“As we are vigorously continuing to fight crimes of Gender-Based Violence in all corners of our Province, the arrest of this suspect will strengthen our resolve to defeat this scourge.

“The work of the investigating team is highly commendable and will send a clear message to criminals that the police are more than determined to hunt down all perpetrators of Gender-Based Violence and Femicide,” Hadebe said.

Police investigations are continuing to determine if the serial rapist and killer could be linked with other cases.

Police were appealing to anyone who might have a family member missing around Seshego, Mankweng, Lebowakgomo, Polokwane, and surrounding areas to contact the investigating officer Warrant Officer Joel Seroka on 083 1010 499 or 0799943353, crime stop number 0860010111or the nearest police station or MySAPSApp.

Does tropical storm Cheneso pose a threat to South Africa?