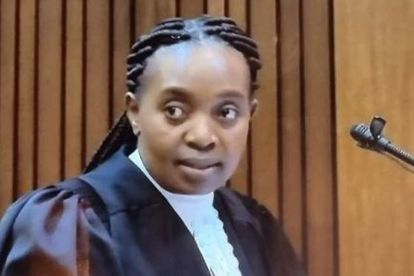 Defence lawyer in the trial of the five men accused of murdering Senzo Meyiwa, Advocate Zandile Mshololo has accused the State of violating accused 5’s rights by failing to disclose information contained in the second docket (Vosloorus Cas 375/01/2019) and made an application for special entry.

The Senzo Meyiwa murder trial resumed at the North Gauteng High Court on Monday, 5 September following a lengthy postponement which was to allow Mshololo to peruse the contents of the second docket so she can prepare her defence.

Advocate Mshololo says the applicant (Fishokuhle Ntuli) was not furnished with adequate information by the State so that he can be able to prepare his defence.

Mshololo said the applicant has been prejudiced by the State and has not been able to prepare his defence properly, precisely because of the particulars that had not been disclosed to him.

“His prejudice is continuous and cannot be cured by evidence,” Mshololo explained.

“Section 35(3) of the Constitution provides that every accused person has a right to a fair trial, which includes the right:

To be informed of the charge with sufficient detail to answer it;

To have adequate time and facilities to prepare a defence.

It is therefore submitted that the right to a fair trial of the accused entrenched in the Constitution has been violated by failure on the part of the State to provide sufficient information to the defence before any evidence is led,”

Mshololo said the second docket contains the photo albums that were taken the next day at the crime scene following Meyiwa’s shooting.

“That information is crucial in this trial. It contains the second statement of Sergeant Thabo Mosia where he contradicts himself. Had accused 5 been given access to the statement of Sgt Mosia, he would have been able to prepare his defence properly,” she said.

Mshololo further said the second docket also contains the statement of Brigadier Ndlovu who played a role in the investigation of the matter and the statement has not been disclosed to the defence whereas it contains material evidence regarding the involvement of Sgt Mosia who is under cross examination in the ongoing trial.

“The applicant who pleaded on 22 April 2022 would have pleaded in another way had he been aware of information contained in the second docket. Due to the fact that evidence has already been led, the plea cannot be amended at this stage,” Mshololo added.

State Prosecutor, Advocate George Baloyi, opposed the application saying that it is premature and should be dismissed.

Advocate Baloyi added that special entries apply only if the full extent of the irregularity does not appear on record, however, accused 5 was already aware that there were two dockets into the murder of Meyiwa. This, after Baloyi read a transcribed record from 17 March 2022 when accused 5 was present in court.