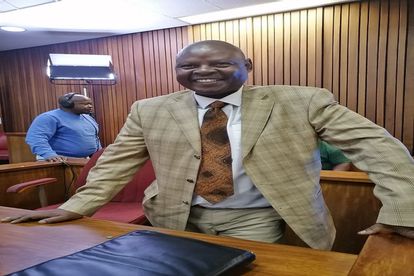 Forensic officer and State witness, Sergeant Thabo Mosia who was amongst the first to arrive at the crime scene where former Bafana Bafana goalkeeper, Senzo Meyiwa was murdered to attend to a business robbery in Zonkizizwe and arson in Vosloorus.

The cross-examination of Mosia by the defence was wrapped up at the North Gauteng High Court on Wednesday, 7 September.

During his cross-examination, Mosia said he left the crime scene where Meyiwa was murdered to attend other crime scenes; a business robbery and arson in Vosloorus.

When questioned by defence lawyer for accused 5, Advocate Zandile Msholo why he “prioritised” a business robbery over a murder scene, Mosia said as much as he was aware of how well-known Senzo Meyiwa was, he treats all his crime scenes the same way and does not prioritise one over another.

Furthermore, Mosia said he doesn’t believe he did anything wrong by leaving the scene as his job was already done and he left other police officers. Apart from that, the forensic officer said he was on standby in four other police stations for the night and it was his duty to respond to other calls from other crime scenes.