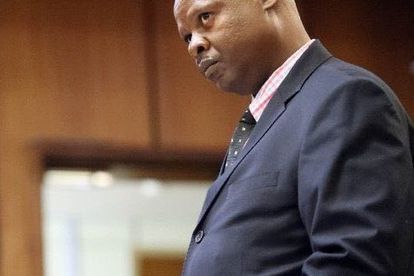 The contents of the second docket into the murder of former Bafana Bafana goalkeeper, Senzo Meyiwa once again took centre stage at the North Gauteng High Court as the cross examination of first witness, Sergeant Thabo Mosia resumed.

The statement of the late Major General Johan Ndlovu was allowed as hearsay evidence by Presiding Judge Tshifhiwa Maumela and was read in court by defence lawyer, Advocate Zandile Mshololo where he claimed he had nothing to with Mosia, which was an unexpected turn of events.

MOSIA VS NDLOVU: WHO IS TELLING THE TRUTH?

In his statement, Ndlovu said he asked a certain Colonel Mogope who directed him to the scene (Kelly Khumalo’s mother’s home in Vosloorus) where the victim was and they then proceeded to Botshelong Hospital in Vosloorus where the deceased (Senzo Meyiwa) was declared dead on arrival.

Ndlovu said upon arriving at the crime scene he did not find forensic photographers and he then called Vosloorus police station and asked for the person who was on standby whose name he cannot remember to come to the scene. He (Ndlovu) then reportedly gave Mosia the address and he (Mosia) found Ndlovu at the gate who then showed him Captain Zwane who was in charge of the scene.

“I did not point out any exhibit as I was not in charge of the crime scene, I also did not tell him to go to Botshelong Hospital as I was already at the crime scene,” Ndlovu said in his statement.

Mosia also revealed when he arrived at the crime scene he found the same Ndlovu who did not give him the address. Thereafter he revealed that he relied on him for information as her normally relies on a police officer he finds on the scene.