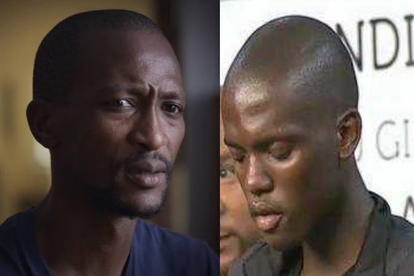 The family of slain Bafana Bafana goalkeeper, Senzo Meyiwa, says they were hopeful that his two friends Mthokozisi Twala and Tumelo Madlala who were reportedly present when he was shot would tell them what exactly transpired that fateful night.

Senzo Meyiwa was allegedly shot at singer Kelly Khumalo’s home in Vosloorus on 26 October 2014 by armed robbers and six people were in the house when he was shot.

It had been a while since the Meyiwa family last attended the proceedings at the North Gauteng High Court, however, Senzo’s sister, Nomalanga Meyiwa was present on Monday, 12 September.

A crucial witness who is reportedly from Durban was expected to take to the stand on Monday but was unable to make it to court due to unavailability of flights according to the State.

Speaking after the adjournment, Nomalanga Meyiwa said as a family they were hopeful that Mthokozisi Twala and Tumelo Madlala would tell them what happened the night their best friend was shot.

“When we heard that Senzo’s close friends whom we also treated as brothers were present, we thought it wouldn’t take such a long time for us to find out what happened that night. We thought they would tell us the truth about what happened and who shot Senzo,” she said.

Nomalanga seemed to not only have been disappointed by Senzo’s friends but the South African Police Service (SAPS) as well. Speaking about the witnesses who have taken to the stand so far, Meyiwa’s older sister said as a family they feel SAPS failed them as they did failed to handle her brother’s murder case well.

Police ‘inexperience’ and failure to follow procedure has been in the spotlight in the ongoing trial as both defence lawyers including Advocate Malesela Teffo who has since quit have accused police of doing shoddy work; from failing to cordon off and protect the crime scene from contamination to missing crucial exhibits and contradicting statements and evidence.