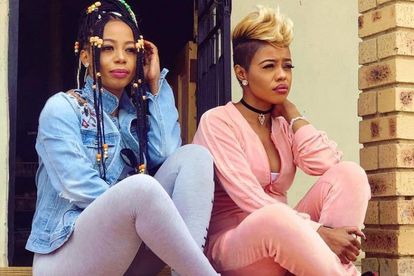 On Wednesday, 1 June, the Pretoria High Court heard that an eyewitness will testify that former Bafana Bafana captain, Senzo Meyiwa was allegedly shot by his then girlfriend, Kelly Khumalo by accident. Could Zandile Khumalo-Gumede be the witness?

Just hours after court proceedings concluded on Wednesday, Kelly’s sister who is also a singer, Zandie released a single with cryptic lyrics. Zandile was also in the house the night Meyiwa was murdered. She is also named as one of the accused in the State’s case on the murder of Senzo Meyiwa.

COULD ZANDILE KHUMALO-GUMEDE BE THE EYEWITNESS?

Zandile’s lyrics of her new single Ikhwela have come to the spotlight as well as they are along the lines of “The time has now come for the whistle to be blown.” They have made some think that she could be the eyewitness the court heard about.

Loosely translated the lyrics say “I have come so far I am not going back, around your home many people hate me, even the young men are accusing me. I say the time has come for the whistle to be blown, what do you say? Every dog has its say the whistle should be blown.

“I put it to you Mr Mosia that an eyewitness will come and testify that Senzo Robert Meyiwa was allegedly shot by Nonhlanhla Kelly Khumalo by mistake,” defence lawyer, Advocate Malesela Teffo said while cross examining forensic officer, Sergeant Thabo Mosia.

Teffo further said the same witness will testify that the firearm Kelly Khumalo used to shoot Meyiwa came with Chicco Twala’s son, Longwe and that the firearm is a revolver and not a 9mm pistol as the State alleges.

WHY ARE THE TWO SISTERS FEUDING?

The Khumalo sisters had always kept a tight ship but cracks in their relationship  became apparent in 2020 when Zandile accused Kelly of being “toxic”.

After sharing a photo of her newborn son with Kelly Khumalo’s children, in October last year, Zandile shut down speculation that the warring sisters had reconciled.  In a lengthy post on 21 October 2021, Zandile took to Instagram explaining that she has a relationship with the singer’s children — but the strained relationship between the two siblings remains unchanged.