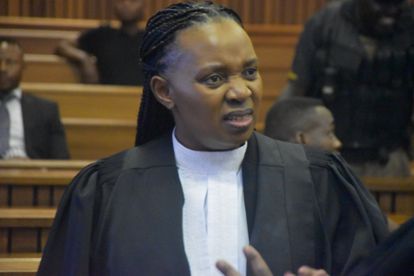 Defence lawyer for accused 5 in the murder trial of former Bafana Bafana goalkeeper, Senzo Meyiwa, Advocate Zandile Mshololo has accused the State of delaying tactics after a witness failed to show up at the North Gauteng High Court on Monday, 12 September.

The individual who is one of the people who were at singer Kelly Khumalo’s home in Vosloorus on 26 October 2014 when Senzo Meyiwa was shot was expected to be in the witness box.

WITNESS FAILS TO SHOW UP IN COURT FOR MEYIWA TRIAL

State Prosecutor, Advocate George Baloyi, made an application for the trial to be postponed overnight as a witness failed to show up in court due to the unavailability of flights.

“We are requesting that the matter should stand down until tomorrow for the continuation of the proceedings. The main reason is that we are now moving to the segment of the evidence of what transpired in the house. The witness who was due to testify today can only be here this afternoon, the State could not secure a flight for him over the weekend as they were oversubscribed,” he explained.

Baloyi further said they had arranged for a replacement witness and he was only informed on Monday morning that the witness had asked to reschedule his evidence.

Advocate Mshololo opposed the application saying the court’s time should be used in calling other witnesses to testify as the matter will only sit at the North Gauteng High Court until Friday, 16 September 2022.

Mshololo also said if there is a problem with one witness there is a list of others who are all from Johannesburg.

“The State has indicated that it is moving to the area of evidence for the witnesses who were inside the house and all those people are here in Johannesburg. That is MaKhumalo (Gladness), Kelly Khumalo, Zandile Khumalo and Longwe Twala, they are all available but now we are told that the one from Durban is not available and the case has been adjourned,” she said.

Responding to both the defence lawyers, Baloyi said they want to present evidence in a certain order where the various pieces of the puzzle fit in. So, it doesn’t make sense to insert witnesses in between.

Even though Presiding Judge Tshifhiwa Maumela granted the postponement, he called for the State to make arrangements for witnesses from afar in time. He added that the State should always have alternatives all the way.

The trial was then postponed  to Tuesday, 13 September 2022.