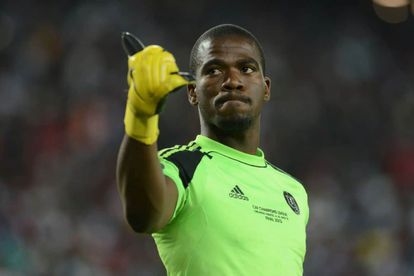 While the South African Police Service (SAPS) has spent the past six years looking into the murder of well-acclaimed footballer Senzo Meyiwa, the family is certain the killer has been right under their noses – Longwe Twala, the son of legendary musician Chicco Twala.

The Meyiwa family had been responding to a report on a local news website which claimed that police investigating the athlete’s killing had had found a gun they believed had been used in his murder on October 26, 2014, certainly a breakthrough in a case that has stunned the country.

Meyiwa, an Orlando Pirates and Bafana Bafana goalkeeper, was shot dead in Vosloorus, at the home of his girlfriend, singer and actress Kelly Khumalo. There have been conflicting reports surrounding the circumstances surrounding his death. While it was initially claimed armed robbers who stormed the house, had killed the star, IOL has reported that Meyiwa was actually shot after trying to intervene during a quarrel Longwe Twala had been having with his then girlfriend Zandi Khumalo. She is the sister Meyiwa’s girlfriend, whom many have accused of protecting those who killed him.

“The police right now are supposed to be arresting Longwe Twala for killing Senzo. Senzo was shot by Longwe Twala, there was no one who entered the house,” he said.

He’s also called for other members of the police to be arrested and charged with defeating the ends of justice.

Miya claimed there was a phone call made by Meyiwa’s friend Tumelo Madlala, to the family shortly after the incident. According to Miya, Madlala had said Meyiwa was shot by a man he had only described as ‘Zandi’s boyfriend’. The cousin claims police were informed about the phone call but failed to arrest him.

“He said Zandile’s boyfriend, of which he did not know him by name, has shot Senzo. And then in the background, Kelly was crying saying ‘kodwa ngizothini ku maka Senzo (what will I say to Senzo’s mom)’,” Miya said.

“That information was given to the SAPS, why they did not arrest Longwe Twala, I do not know. You can quote me on that one. Zandi’s boyfriend shot and killed Senzo Meyiwa in cold blood,” he added.