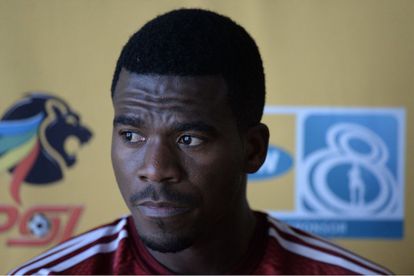 The matter which sat at the North Gauteng High Court from 5 September until Friday, 16 September will again sit from 14 November to 2 December 2022.

On Friday, State witness and Meyiwa’s closed friend Tumelo Madlala was on his second day of cross-examination by legal representative of accused 1 – 4, Timothy Thobane.

The court adjourned early after defence lawyer for accused 5 Advocate Zandile Mshololo asked to be excused so she can see a doctor.

Judge Maumela told Madlala that the unfortunate part of the postponement is that he will be cross-examined after some time.

“We are postponing this case to the 14th of November for further hearing and that is when further cross-examination will happen,” he said.

ALSO READ: ‘He still visits me’: Kelly on dreaming about Senzo

On Thursday, Thobane dropped exclusive arguments in court when he said the late goalkeeper resided with his girlfriend Kelly Khumalo and her sister Zandile in an estate in Mulbarton and ended up having sexual relations with Zandile.

Thobane said a witness will come and testify the above and that Meyiwa and Kelly took a life cover together and the singer was the signatory and beneficiary.

The legal representative further put it to Madlala that there were no intruders in the Vosloorus house where Meyiwa was killed on 26 October 2014 and that it is music producer, Sello Chicco Twala’s son Longwe, who brought the gun and Kelly mistakenly pulled the trigger firing the shot that claimed Meyiwa’s life.

Madlala had pointed out accused 2, Bongani Ntanzi as the intruder that Meyiwa was pinning against the wall as he previously testified that the late soccer star was holding an intruder’s arm during the alleged robbery.